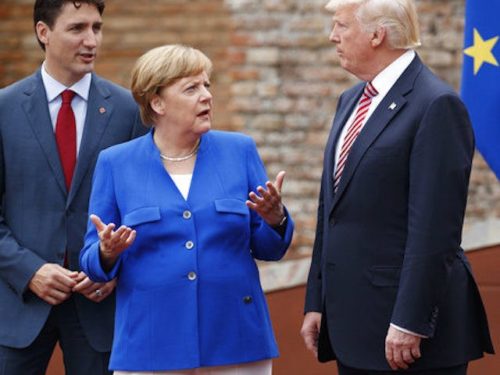 Since he took office in January, President Trump has been trying to undo the damage[2] wrought by his predessor, Barack Obama. And in that vein, Trump has recently informed Angela Merkel that he intends to decline endorsing the Paris Accord climate agreement. He promised during his campaign to pull the US out of it entirely. This appears to be a first step toward that end.

German Chancellor Angela Merkel is rather upset at Trump’s refusal to endorse. She said “The Paris deal isn’t just any other deal. It is a key agreement that shapes today’s globalization.” Merkel went on to describe her talks with Trump as, “very unsatisfying.”

The Accord is full of radical environmentalism and impossible goals, built on nonexistent causes. The agreement’s goals as stated in Article 2 of the convention, are;

(b) Increasing the ability to adapt to the adverse impacts of climate change and foster climate resilience and low greenhouse gas emissions development, in a manner that does not threaten food production;

It’s hilarious how these folks believe we can control earth’s temperature down to the degree. Time to wake up and understand that we can’t. It’s like they think that because 195 countries agree and put it on paper, it can be done by sheer willpower. And that is exactly why we need to be rid of this nuisance. It is nothing more than yet another wealth redistribution plan to rob the West and prop up the actual polluters out there, which, due to the fact that they are second and third world nations, are never held accountable. India and China anyone? 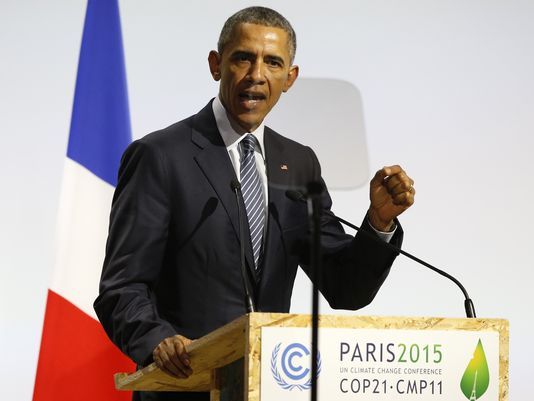 Obama got the US involved in all kinds of questionable efforts and the Paris Accord is one of them. It would be a welcome change to see Trump remove us from it. We need to say au revoir to the Paris Accord.