Shocking! Anti-American Michael Moore, is not a fan of the new hit biopic, “American Sniper.” But who cares what he thinks anyways?[1] 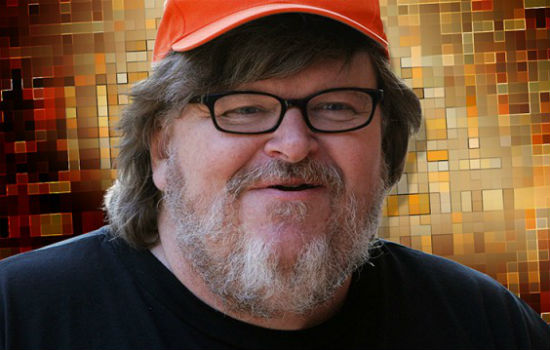 Michael Moore, the increasingly-irrelevant “documentarian” from the early 2000’s, evidently, is not a fan of the new hit biopic, “American Sniper.” Further, it seems that Moore is not a fan of former Navy Seal and decorated sniper Chris Kyle, the subject of the film.

In fact, Moore did not mince words as he labeled all snipers “cowards.”

The media buzz surrounding Clint Eastwood’s long-awaited biopic of the fallen hero is palpable; “American Sniper” is packing movie theaters and in a tweet evidently aimed at the film, Moore wrote:

“My uncle killed by sniper in WW2. We were taught snipers were cowards. Will shoot u in the back. Snipers aren’t heroes. And invaders r worse”

Naturally, the response to his tweet has been overwhelmingly negative and many of the responses are too-vulgar to print here (but are still worth checking out if you’re so inclined.)

The mind boggles to try and comprehend the irrational linkage; still, Moore’s comments ring hollow as he rests comfortably in his house in a relatively-safe and stable nation, blanketed in the freedom afforded to Americans because brave men and women are willing to pick up a rifle.

Moore is entitled to his opinions and he’s certainly entitled to take issue with the Wars in Iraq and Afghanistan as a whole; however, to so broadly criticize a soldier so skilled and so challenged as a sniper indicates a shocking want of perspective.

For example: what Moore, apparently, had not stopped to consider is that snipers have been used on the battlefield to keep approaching enemy troops pinned-down so that U.S. soldiers can safely retreat- thus saving their lives.

Or what about snipers Gary Gordon and Randy Shughart who, after three requests to gain permission to come to the aid of the downed Blackhawk in Mogadishu, finally entered the firefight, understanding that the crowd of Somalis meant almost-certain death?

Gordon and Shughart gave their lives, holding off the horde of Somalis long enough for help to arrive. The two-man team literally fought to the death and were awarded, posthumously, Medals of Honor.

I suppose Moore believes them to be “cowards,” too…

Anti- American Michael Moore strikes again. I wish someone would buy this man a one way ticket out of this country. These “cowards” he speaks of are American heros who risk their own lives to protect ours. Im sure if came down to it, he would be very happy if one of these “cowards” had his back in a battle situation. Screw you Michael Moore!