Michelle Obama Reads ‘Night Before Christmas’ To Children, But She Changed The Story VIDEO

Michelle Obama has been nothing but a polarizing figure these last eight years. The left will never admit it, but the truth isn’t hard to come by in this case. Michelle has even claimed that politics[1] just ain’t her thing and that she likes to stay ‘above the fray’. What a load of crap! Shall we go over the transcript during her tenure in the White House? 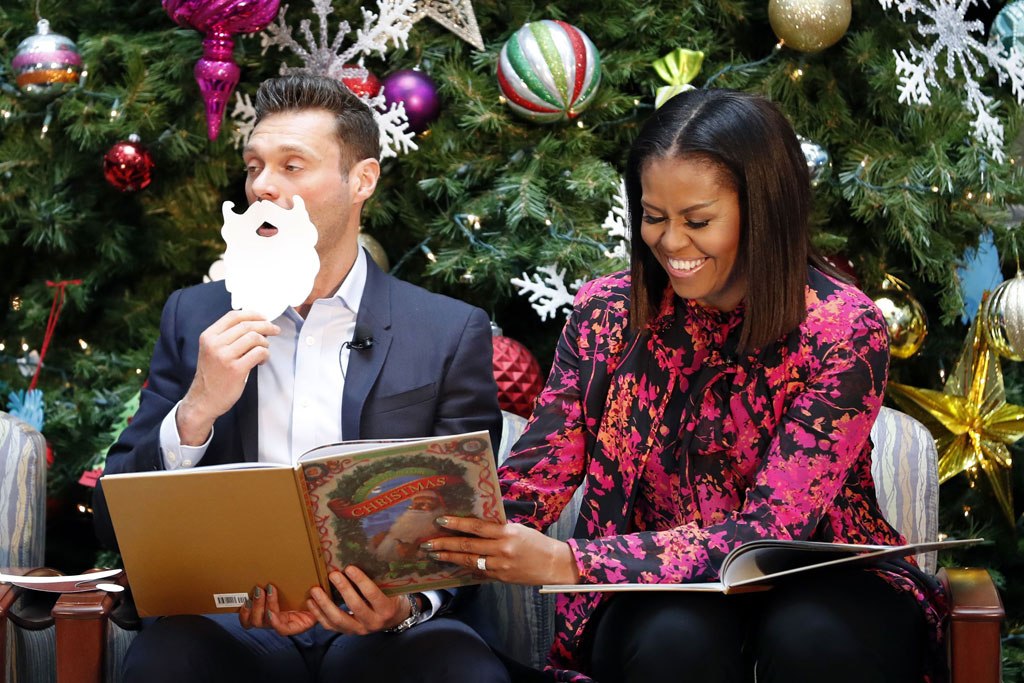 Was it not she who claimed in a speech that the first time she has EVER been proud of her country, was when her husband became president? As if the country had to prove to her that it wasn’t racist by voting for a HALF-black man for President. What about her bankrupting school districts with a fatal school lunch program that no one wanted because it left the children starving for real food? How about the constant effort she makes during every speech to paint the world, and especially America, as if it’s all out to bring black men and women down… Uh, Michelle. You are the very LAST person that can speak on that.

She has definitely been a controversial First Lady and for all the wrong reasons. So, how about we add to it, just as a parting gift for Michelle before she goes? Recently, Michelle and Ryan Seacrest read, “The Night Before Christmas,” to a bunch of ill children in the hospital.

The Daily Caller shared what the First Lady actually said to the kids:

First lady Michelle Obama stopped in the middle of a public reading of “The Night Before Christmas” on Monday night to advise a group of schoolchildren that Santa Claus has given up smoking his trademark pipe for health reasons.

The scene of the reading of the famous anonymous poem was a children’s hospital in Washington, D.C., reports CNSNews.

“‘Twas the night before Christmas when all through the house, not a creature was stirring, not even a mouse,” the first lady read.

Obama and Seacrest exchanged verses until they got to the part where Santa Claus is described as having a “stump of a pipe” “tight in his teeth.”

“I think St. Nick gave up smoking,” the first lady broke into the poem to add. “This was a long time back.”

“This was written way back in the day,” Seacrest helpfully observed.

“Way back in the day,” Obama assured the children.

Look, this isn’t a big deal. I’m sure the kids didn’t care, because I barely cared. Smoking is bad, we all get that. I’m sure that these kids just appreciated being read to. How about we let this one slide for Michelle? Give her a break for once? She already has more than enough strikes against her.

Don’t do it again.