Michelle Obama WHINES About Living In White House – Here’s Why

Michelle Obama wakes up in the presidential mansion each morning and gets to enjoy taxpayer-funded luxuries each and every day. To her, however, this is a problem. Why? Because the luxurious mansion in which she resides was built by slaves.[1] Thankfully, that won’t be a problem for her much longer. 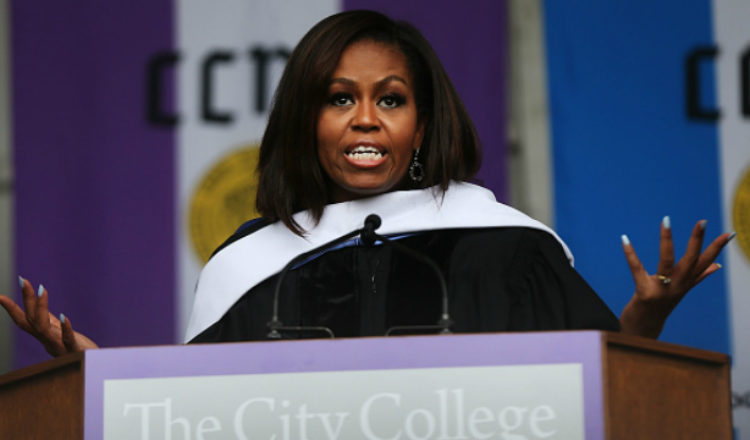 If there’s anyone in America today more radically progressive than Barack Obama, it’s got to his wife, First Lady Michelle Obama.

Michelle is incredibly ungrateful for everything she’s earned, and it would seem waking up everyday in the White House is almost a chore.

First Lady: I Wake Up Each Day in House Built By Slaves https://t.co/qqXtTSkx9x[3]

The official home for the U.S. president was designed by Irish-born architect James Hoban in the 1790s. Rebuilt after a British attack in 1814, the “President’s House” evolved with the personal touches of its residents, and accommodated such technological changes as the installation of electricity. The building underwent major structural changes in the early 1900s under Teddy Roosevelt, who also officially established the “White House” moniker, and again under Harry Truman after WWII. Counting the Oval Office and the Rose Garden among its famous features, it remains the only private residence of a head of state open free of charge to the public.

Not long after the inauguration of President George Washington[6] in 1789, plans to build an official President’s House in a federal district along the Potomac River took shape. A contest to find a builder produced a winning design from Irish-born architect James Hoban, who modeled his building after an Anglo-Irish villa in Dublin called the Leinster House.

The cornerstone was laid on October 13, 1792, and over the next eight years a construction team comprised of both enslaved and freed African Americans and European immigrants built the Aquia Creek sandstone structure. It was coated with lime-based whitewash in 1798, producing a color that gave rise to its famous nickname. Built at a cost of $232,372, the two-story house was not quite completed when John Adams[7] and Abigail Adams[8] became the first residents on November 1, 1800.

You know, Michelle – if you don’t like living there, move out.

No one will miss you.

Take a stand and pitch a tent on the White House lawn.

Why is that some people can’t move beyond slavery? Yes, it was a part of our history, but America was far from the only nation to have slaves.

Michelle understands that she’s a free woman who graduated from Princeton before she obtained her JD from Harvard Law, yes?

America has a long, sad history with racial inequality. We are aware of this history and have made tremendous strides towards remedying these inequalities. However, thanks to obnoxious race-hustlers continually perpetuating assertions of victimhood, our national wounds will never heal.

Michelle Obama (and her husband) are devout bigots who appear to thoroughly enjoy agitating national wounds to further division in America.

It will be a great day when they are out of the White House.