I hate having to say something nice about Mike Huckabee, let alone agree with him. But, he does have a point here… 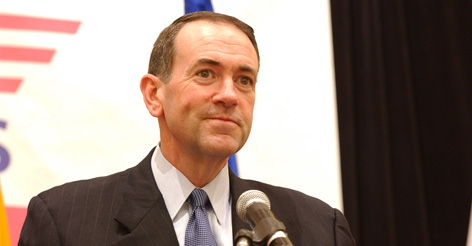 Steve Malzberg: I want to go back… What if the shooter had said, “Are you a Muslim?” And shot those in the head who were Muslim. Do you think the president would have mentioned that?

Gov. Mike Huckabee: Of course he would. The president always wants to be defensive and tell us there is no such thing as Islamic terrorism. These aren’t religious people even though we all know they are. But it seems when the target is a Christian he conveniently just ignores it, denies it or just moves on to something else. I do think that it is incredibly significant that there was a religious intent and motive in this shooter’s attitude.

Listen for yourself below. These comments come in around 4:30.