This would seem like an ordinary photo at first glance, but when it was uploaded to social media, it went all-out viral — and it’s easy to see why, once you focus[1]. 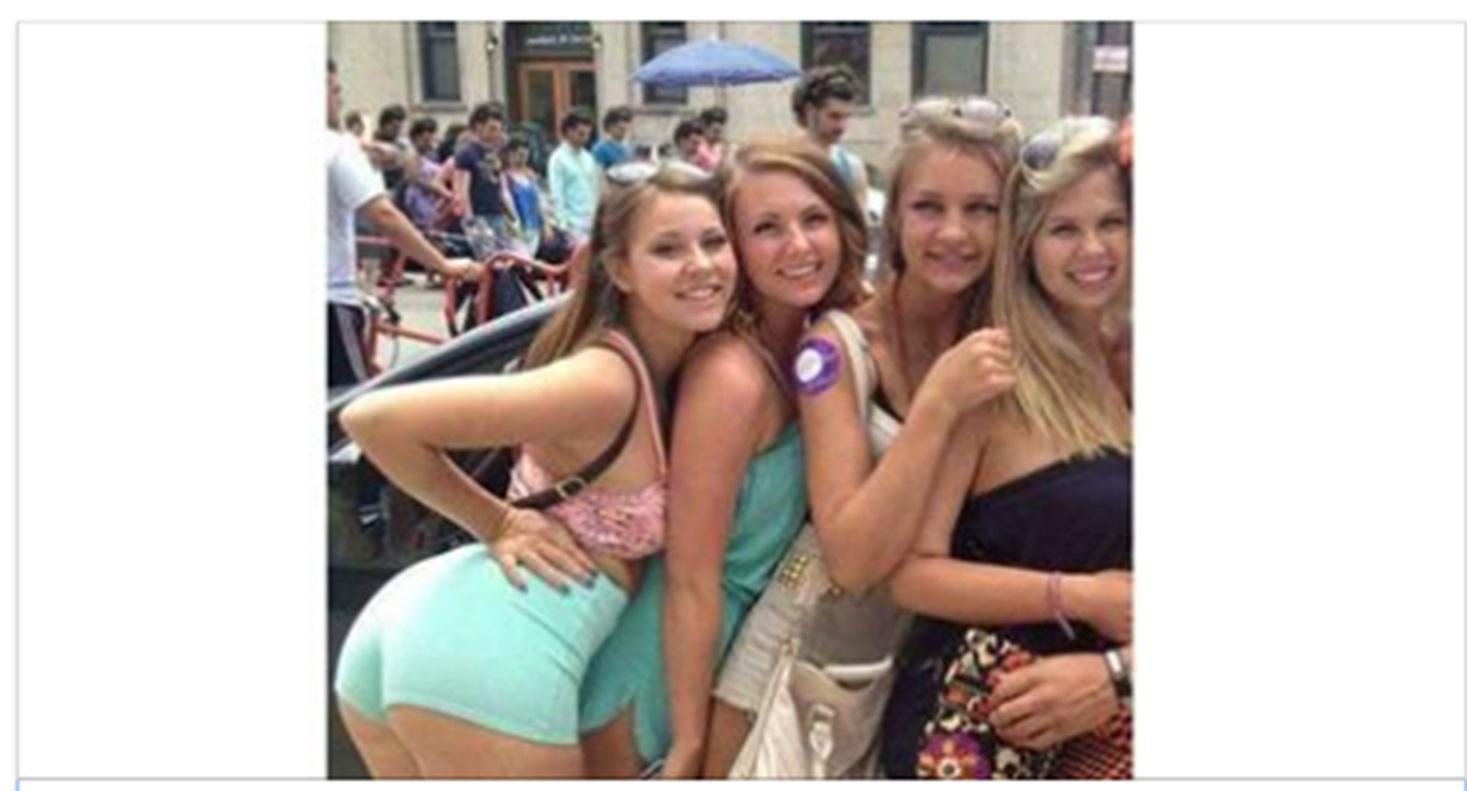 When you first see it, the image looks like a regular vacation picture: four girlfriends posing for the camera in the foreground, while in the background you have a bunch of folks just walking, going about their day. But if you bothered to take your eyes off the girls and got a closer inspection, you’ll see that something is quite off.

Someone had uploaded this photo on June 1 under the caption: “It took me forever to find what was wrong here…”

Have you found out what was wrong? Take a look at everyone else and not just the girls.

An expert photo editor has placed one man’s head — complete with long, curly hair, a yellow headband and a light shadow of a beard — onto the bodies of nine different people seen in the background, some of whom are distinctly women.

Isn’t it just insane how this could be overlooked? The photo has been viewed more than 490,000 times and many folks shared their experience with the finding.

“I wouldn’t have even known there was something wrong if it wasn’t for the title.”

Another decided to be a little clever and quoted the opening lyrics from “Mad World” by Tears for Fears: “All around me are familiar faces.”

Several people admitted to having been a little more than distracted by the girl on the left…well, you know…WHO STANDS LIKE THAT FOR PHOTOS?!? She is deliberately sticking her backside out. So, then came the comments.

“Love that booty, but then again … EVERY GUY IS THE SAME.”

Another went on to say: “I just kept getting distracted by that booty.”

Males. They would be distracted…