WHAT!? Minority Employees Accuse Kellogg’s of Racism, Using The N-Word And Photo Of A Baboon

Kellogg’s made the mistake of telling Breitbart that their 45M readers are unfit to partake in their advertisements, because of a difference of beliefs. Now we’re finding out that Kellogg’s might not be as pure as they would like to put on.

Minority employees are claiming that they were subjected to racism such as the n-word and photos of a baboon. Ironic, since we’ve learned that the W. K. Kellogg Foundation donated close to $1M to Black Lives Matter[1]. 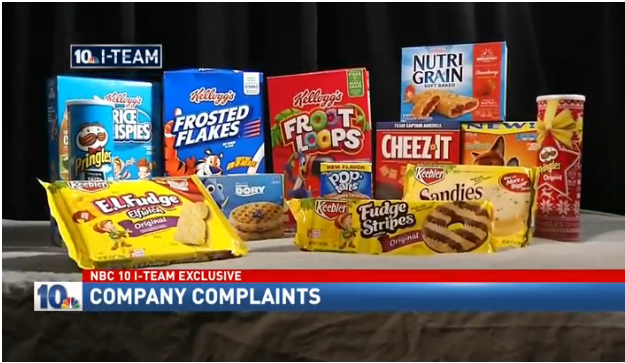 Publicly, Kellogg’s put on the air of fighting racism, “white privilege” and bullying in the workplace, but behind the scenes, minority employees say they stood by and did nothing as racism ran rampant among the company.

One employee[3] reported the harassment to the MCAD (Massachusetts Commission Against Discrimination) and the only thing to come of that was more racism.

“Nothing was resolved because of the grievance and Arthur continued to badger me,” Cyler said in his complaint. “He threatened to fire me. He got in my face, pointing his finger in my face and called me a monkey.”

Another employee, an immigrant from Angola, claims that the same manager (Arthur) held up a picture of a baboon and asked the man a deeply inappropriate question about a relationship between the two.

Watch a news report on the racism at Breitbart[4], who is currently locked in a battle with the company after they decided to pull ads from the site for (wait for it) allegations of racism.

And before anyone gets the idea that these people are suddenly coming out and trying to piggyback the popularity of the Breitbart-Kellogg battle, these allegations are as old as 2008 and as recent as 2013.

In a sign of guilt, one of the employees responsible for calling out the racism in the work place was suspended[5] the day after the piece aired. Take that for what it’s worth.

If you needed another reason to #DumpKelloggs[6], there you go.