Here’s some bad news for those who are waiting on that nugget of evidence that will finally be the death nail in the coffin of what is known as the Clinton campaign. The Wall Street Journal[1] has reported that it’s going to take weeks to just get through the emails that are on Wiener’s laptop – weeks[2] far past electing day. 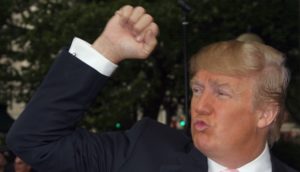 “As federal agents prepare to scour roughly 650,000 emails to see how many relate to a prior probe of Hillary Clinton’s email use, the surprise disclosure that investigators were pursuing the potential new evidence lays bare building tensions inside the bureau and the Justice Department over how to investigate the Democratic presidential nominee.

Metadata found on the laptop used by former Rep. Anthony Weiner and his estranged wife Huma Abedin, a close Clinton aide, suggests there may be thousands of emails sent to or from the private server that Mrs. Clinton used while she was secretary of state, according to people familiar with the matter. It will take weeks, at a minimum, to determine whether those messages are work-related from the time Ms. Abedin served with Mrs. Clinton at the State Department; how many are duplicates of emails already reviewed by the Federal Bureau of Investigation; and whether they include either classified information or important new evidence in the Clinton email probe.

The FBI has had to await a court order to begin reviewing the emails, because they were uncovered in an unrelated probe of Mr. Weiner”. 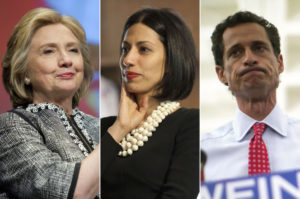 It’s a bad move, both in strategy and optics for Trump to play to the crown and run his speeches as if the recent opening of the email scandal is going to put Hillary off the race for sure. The fact is he has just about as much information as I do. Nothing. But facts have never stopped Trump from spouting off his own throughout the election cycle.