Mom whose son was murdered by an illegal, “This was our family’s 9/11 terrorist attack….”

Laura Wilkerson’s son Josh was killed by a classmate in the United States ILLEGALLY from Belize. Since then, she has been lobbying lawmakers about immigration laws, telling the sad, gory details of his death over and over to any federal or state committee that will have her[1]. 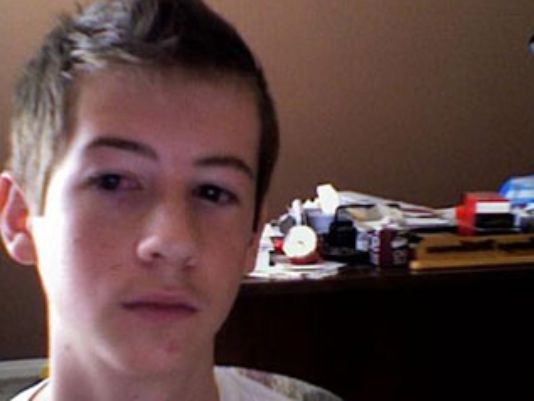 The Pearland teen was found dumped in a Fort Bend County field in 2010. He had been strangled, suffered multiple fractures to his face and was burned. His assailant, who is serving life in prison, told the jury he was angry because the boy kicked his dog.

“This was our family’s 9/11 terrorist attack by foreign invaders,” she testified last week in front of a U.S. Senate judiciary committee. “Americans are dying daily at the hands of criminals we don’t even know are here.”

It wasn’t until billionaire presidential candidate Donald Trump inflamed the national debate on immigration, referring to immigrants here illegally as killers and rapists, that Wilkerson said she felt like anyone was listening. Trump’s comments, following the fatal shooting of a woman on a San Francisco pier earlier this month, helped launch him to the top of the polls. He denounced the city’s so-called sanctuary law for allowing the suspected shooter,His infamous words on immigration hit home for mom who lost her son.

Last Thursday the U.S. House passed legislation on partisan lines that would withhold federal funding from states and cities with policies inhibiting the enforcement of immigration law or that prohibit law enforcement from inquiring about someone’s immigration status.

That would include Houston, which since 1990 has banned officers from asking about someone’s legal status. Its written policy allows police to contact immigration authorities only if someone is arrested on a criminal charge greater than a Class C misdemeanor and the officer knows the person is here illegally. The Harris County Sheriff’s Office has also prohibited such inquiries since 2009, as has San Antonio police. Under a federal program, however, everyone booked into any city and county jail in the state automatically has their fingerprints sent to a Department of Homeland Security immigration database.

We need this in place and now. Our kids do not deserve to die because of a problem within our control. Help support the folks making this happen. It can be reversed.