Just when you though ISIS, the Islamic terrorist group, could not get any more disturbing, barbaric and despicable, they do.

A new report is revealing that the group’s top leader held an American hostage captive as his personal sex slave[1] for nearly two years before she died. 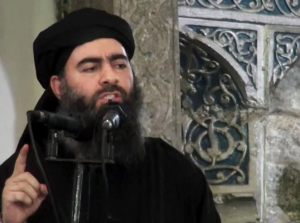 The Islamic State’s barbaric boss treated American hostage Kayla Mueller as his personal sex slave before she died earlier this year, according to a report published Friday.

“We were told Kayla was tortured, that she was the property of al-Baghdadi,” Kayla’s parents, Carl and Marsha Mueller, told ABC News.

The shadowy Al-Baghdadi went so far as to personally delivered Mueller to the home of ISIS commander Abu Sayyaf, officials said.

On multiple occasions, Al-Baghdadi returned to the house where Mueller was imprisoned to sexually assault her, the officials told ABC News.

Mueller was working with Syrian refugees when she was captured in August 2013.

This and yet the public has been told by the Obama administration that ISIS is the “JV team,” when it comes to terrorism.

For the parents, family and friends of the number of Christians and Americans who have now been brutally tortured and killed by ISIS, this is not a JV team. This is a deplorable group of Islamic extremists who must be stopped.