‘Monster’ James Holmes is spared the death penalty due to one holdout juror; frustration as ‘We want him to go to oblivion’ 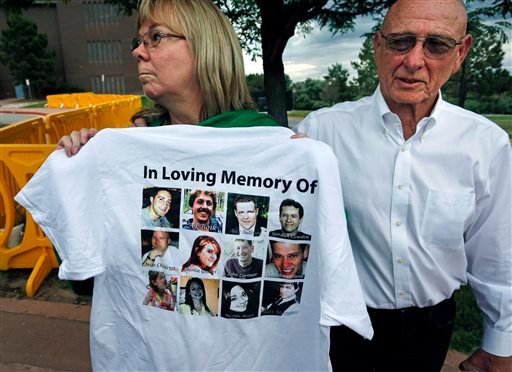 Lonnie and Sandy Phillips lost their daughter Jessica Ghawi in the mass shooting.

The Colorado movie theater gunman, James Holmes, has been spared execution, supposedly due to just one juror refusing to go along with the death penalty. Relatives of those who were slain wailed and walked out of the courtroom as the verdict was read.[2]

Speaking outside the courthouse after the verdict, Lonnie Phillips said: ‘We want him to go into oblivion and not to be seen or heard from again’.
…
Relatives of the victims began filing out of the courtroom before the judge had finished reading the verdicts, while Holmes’s mother, who has begged for clemency, burst into tears.
…
Holmes had already been convicted on 12 counts of first-degree murder, which can carry the death penalty, as well as other related charges.

However, while many spoke of their disappointment at the verdict, one victim’s relative thanked jurors for sparing Holmes.

Jordan Ghawi, the brother of slain Jessica Ghawi, posted a tweet, saying: ‘Thank you jurors for letting reason and not emotion guide you in your decision.’
…
As it was read, Holmes’ mother Arlene, who had pleaded for jurors to spare her son’s life, leaned her head against her husband’s shoulder and sobbed.

In the back, Aurora police officers who responded to the bloody scene of Holmes’ attacks began crying as well.
…
Ashley Moser, whose six-year-old daughter died in the attack and who was herself paralyzed by Holmes’ bullets, also shook her head and then slowly leaned it against the wheelchair of another paralyzed victim, Caleb Medley.

Her grandfather, Robert Sullivan said: ‘It doesn’t make sense, and we don’t believe it – but we have to abide by it.’

Hopefully we will find out someday why the one juror did not side with the death penalty for this demented killer. There are a lot of questions that remain unanswered, and the victims and families of those slain deserve answers. 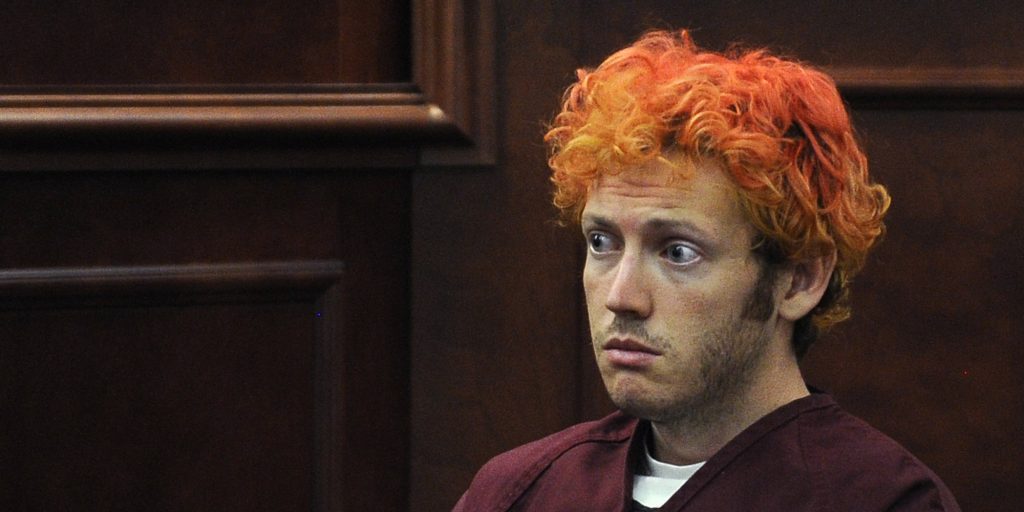