Moonbat Bill Nye: We Need To “Redistribute Wealth” With A Carbon Tax

If a kids TV star had to try and get involved in public policy, why couldn’t it be Pee Wee Herman?  Instead, Bill Nye the Marketing Major is now lecturing colleges[1] on economics and a carbon tax… 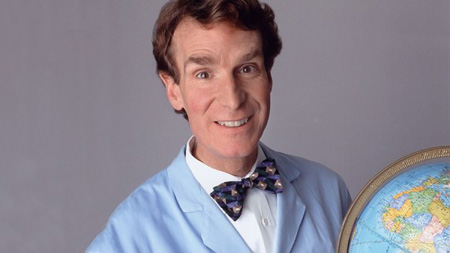 Speaking to students at the University at Albany, Bill Nye the Science Guy said that a carbon tax was needed for the purpose of redistributing wealth.

“We need, dare I say it, a tax, or should I say a fee,” Nye purportedly said Wednesday, right before an anonymous student began recording.

“It’s not just to be mean, it’s to redistribute wealth,” Nye said.

Personally, I think he should stick to children’s programming, but I’m just a blogger as opposed to a self professed ‘science guy.’ But if you leave here with nothing else, leave with this kicker from Nye: “The trouble with this is, there are people now, in the U.S. government, who don’t like government.”