Mother Dies, Then Filmed Being Brought Back To Life — Now She’s Defending Her Cause Of Death On FB 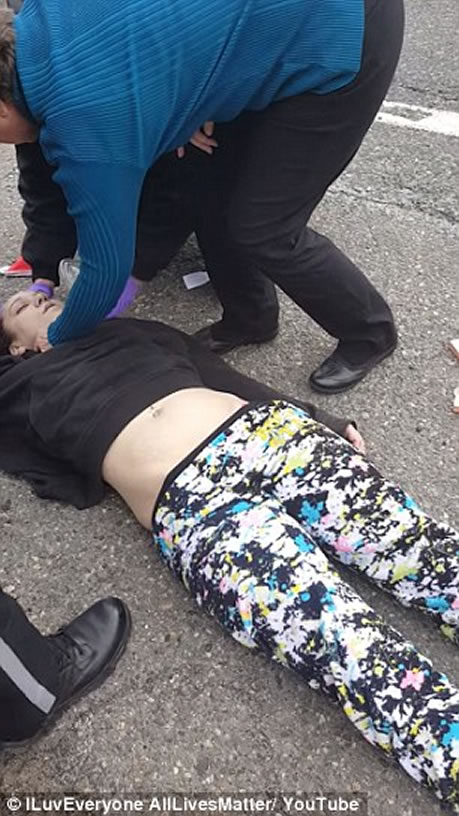 [1]A 25-year-old New Jersey mother, Kelly-Mae Hemphill, is fortunate to be alive after overdosing on heroin. Police who arrived on the scene had Narcam, which reverses opioid overdoses. Someone took a video of the rescue and it went viral. Things got controversial when the mother defended her drug use on Facebook, especially since she has an 8-year-old daughter.[2]

Hemphill has survived the overdose and said in a Facebook post earlier this week: ‘I know there’s a Youtube video of me up but out of respect of my family and my little daughter who goes on Facebook please don’t share or if you want to ask me anything ask me please.’
She then defended heroin use, hinting that those who criticized her used ‘mommy’s little helper’.
‘My daughter doesn’t see it in person cause I’m not like that when I’m around her,’ Hemphill, who goes by the name Demore on Facebook, said. ‘Yes she does not live with me so she does not see me high and you don’t know what I’ve been through.’
…
She is seeking treatment according to a Facebook post by her mother.

Let’s hope it is treatment for drug addiction. If drugs are causing you to almost kill yourself, there is something really wrong. Watch the jarring video below.