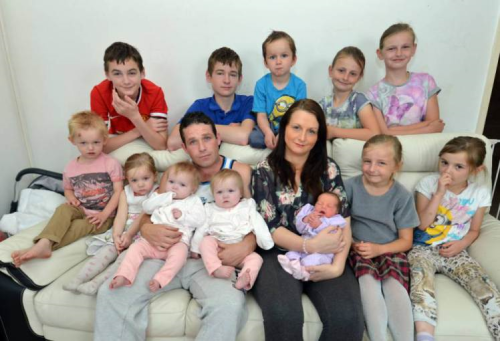 The “outrage” is sparked yet again when a person living on government [2]benefits uses the money for something not deemed appropriate by the masses. Everyone has an opinion on whether this woman should or should not use part of her benefits to pay for cosmetic surgery. But the question is not “should she or shouldn’t she”, the question is, “why do they have system that makes it possible?” And therein lies the conflict for the people of a socialized medicine nation. The large majority of people are on board with getting what they think they want or need for themselves from the government health program, but when it’s someone else, they become the judge. And ultimately this is exactly why single payer systems are bad, they put the entire nation on “welfare” when it comes to their health, and then the welfare recipients start picking apart what others are receiving just like spoiled children fighting over who gets the biggest piece of cake. Socialized medicine is bad medicine for any freedom loving nation. What do you think of this system?

Cheryl Prudham, 33, of Skelmersdale, Lancashire, is expected to have the operation next month at the MYA Cosmetic Surgery Clinic in Liverpool.

According to the Daily Star Sunday, Mrs Prudham has told friends she is fed-up of having ‘saggy’ breasts following the birth of her 12th child last summer, and wants to model herself on Katie Price, aka Jordan.

Mrs Prudham and husband Robert have previously admitted claiming £800 per week in benefits – the equivalent of £56,000 a year salary before tax – which is topped up with Mr Prudham’s £250 a week pizza delivery wage.

When her 12th child, Tillie Grace, now four months old, was born, Prudham sparked outrage for saying she was ‘too tired’ to push and choosing a C-section, something which costs the NHS £2,500, compared to £1,000 for a natural birth.

As previously reported, last October she sought a ‘tummy-tuck’ operation on the NHS because childbirth gave her ‘saggy skin’.

The 33-year-old has admitted that she’s ‘addicted’ to having babies and had her first child George, now 15, when she was just 17.

Prudham had her first son George, 13, when she was just 17 and was living in a homeless hostel in Kent in the summer of 2000.

She soon moved into a flat with her ex-boyfriend and had second son, Jack, 12, and her eldest daughter Caitlin, eight.

She then had three unplanned pregnancies; Maisie, seven, Lillie, five, and Madison, four.

In March 2009, she met current husband Rob and they had Leon, now three. They then had Lenny, now two, before she gave birth to daughter Lainey in January last year.

She then had twins Lacey-May and Lexi-Rose last autumn followed by Tillie Grace in June this year.

The most important lesson from this story is not “Limit the procedures available to welfare recipients”. It is “Don’t allow socialized medicine to take over your nation.” When the people have autonomy and private or company provided insurance or, pay for it themselves, these problems and catfights don’t arise. Everyone gets what they need and want and no one has the right to decide for someone else what they think that person should or should not have, in terms of medical care and procedures. Freedom is best, not a single payer, government-run, behemoth of a system that runs the lives of the people while absconding with their hard earned money in exorbitant taxes. What we think of this woman is irrelevant. The dangers of government run healthcare are what’s relevant here. Look sharp America, this is where we are headed.