Mother of Benghazi Hero : ‘SHE’S LYING! She’s ABSOLUTELY Lying!’ As She EXPOSES the Truth About Hillary To CNN Host [VIDEO]

The mother of one of the four men killed in the 2012 attack on the U.S. diplomatic compound in Benghazi, Libya, unloaded on former Secretary of State Hillary Clinton during an interview[1] on CNN and detailed just how little Clinton has kept her informed about the events leading up to her son’s death. More of the TRUTH is coming out as Hillary prepares to testify before the Benghazi Committee THIS week! 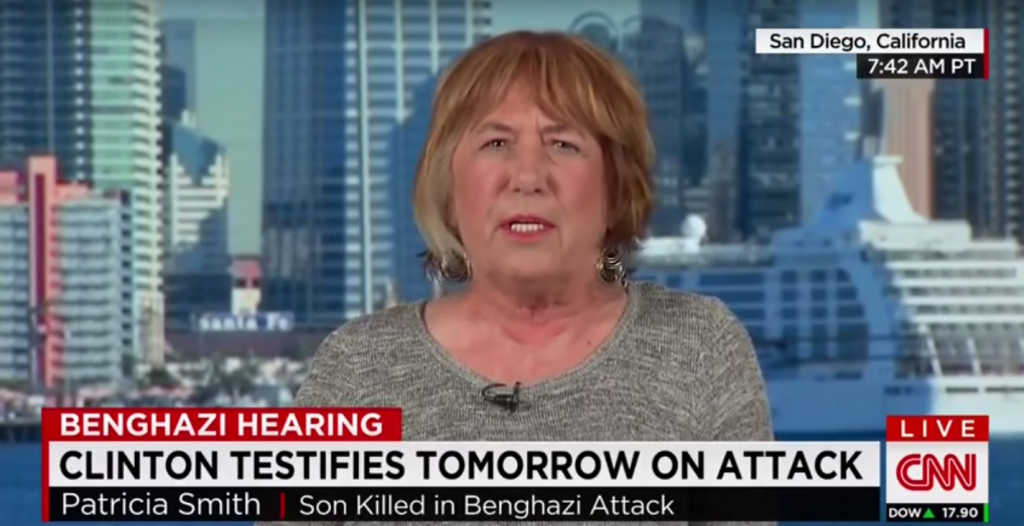 The mother answered affirmatively and reiterated later in the interview that she had been told by the government that she’s not “a member of the immediate family.”

Smith absolutely unleashed on the Democratic presidential candidate after Costello played a clip of Clinton’s 2013 testimony of the attack during which she uttered the infamous line, “what difference at this point does it make?”

It is LUDACRIS to think that America has a woman like Hillary…who is in these kind of headlines, AND still a Presidential Candidate. What is happening to the standard of INTEGRITY in this, The United States of Obama’s America.