A five year old found a hidden camera filming in a Starbucks bathroom[1].  His mother, to put it lightly, was not amused… 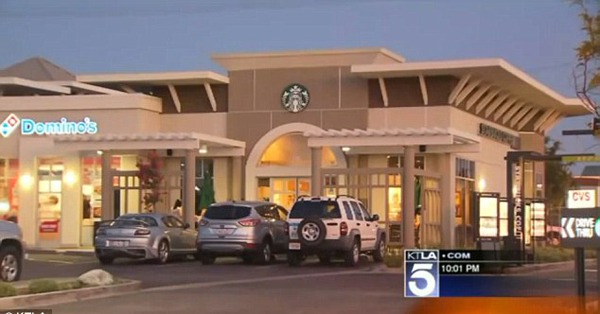 The child’s mother said the boy made the unsettling discovery at arond 10.30am Thursday at a Starbucks branch located near Avenue K and 10th Street West in Lancaster.

The woman explained that her son used the single-occupancy restroom first and she went in after him.

When she noticed the 5-year-old staring at the sink in the lavatory with a perplexed look on his face, the mother asked him what was wrong.

‘He said, “Mommy, why is there a phone under there?”‘ the unnamed Starbucks customer told the station KTLA. ‘My skin kinda began to crawl.’

My skin is crawling right now too. Starbucks was disturbed by the incident. It is being investigated by the Sheriff’s department.