WARNING: This story is very graphic.

What a Pennsylvania mother of seven forced her adopted daughter to do and eat will make your stomach turn. According to the arrest affidavit, Rana Cooper, 46, repeatedly assaulted her daughter, which included jamming a Q-tip in her ear, striking her face with a metal belt buckle, and forcing her to eat the grime from the rim of the toilet.[1] 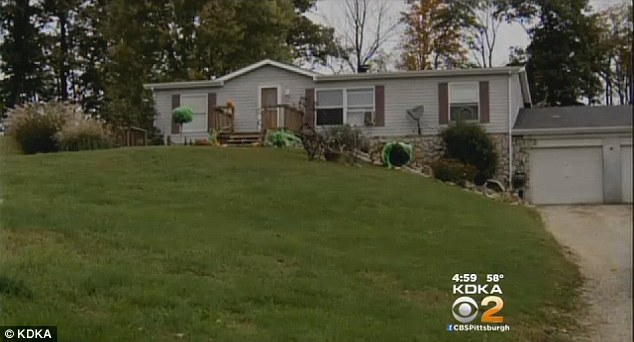 A mother from Pennsylvania has been charged with assault and child endangerment after police say she forced her adopted teenage daughter to eat used cat litter and toothpaste, and started to sew her mouth shut with a needle.

Rana Cooper, 46, was arrested this week for what police are calling excessive punishment and neglect that also included forcing her 16-year-old daughter to scrape the inside of a toilet and eat what was on her finger.

According to police, the teen had to earn enough points for cleaning the house just so she could eat or use the bathroom.

Cooper also was charged with reckless endangerment and endangering the welfare of the girl she and her husband, Richard, adopted in 2008 when she was 10 years old. The couple have six other children.

The disturbing allegations of physical abuse include beatings with a hair brush, being spat on and being choked to the point of blacking out.

The matter came to light in May, as child welfare authorities in Washington County were investigating an alleged assault at the girl’s school.

The arrest affidavit filed with Cooper’s charges listed other instances of alleged abuse, including not letting the girl eat with the rest of the family, sitting on the child for minutes at a time, force feeding her until she vomited, making her eat half a tube of toothpaste and jamming a Q-tip into her ear causing partial loss of hearing.

‘If it was time to eat and no one else was around, mother would allow child to eat and would make the child shovel food quickly into her mouth,’ wrote state police Cpl. Robert Copechal. ‘Mother would then make the child tell mother that she was eating one of her brothers.’

The teenager told investigators that Richard Cooper, 51, witnessed his wife choking her. The husband told Rana Cooper to stop, the girl told authorities, but when she did not he ‘proceeded to just stand there and watch.’

According to the child, Cooper bit her nose until it bled, hit her in the face with a metal belt buckle, forced her to stand in the corner on drywall screws and made an attempt to sew her mouth shut with a needle and thread, but stopped after piercing her bottom lip.

This is just so horrible to read, and I pray that the teen finds a better home in the future. She’s going to need years of intense therapy to overcome the horrendous torture that she’s suffered at the hands of these monsters. She deserves all of the love in the world, and there is a family out there who is willing to give that to her.