While Mowing the Lawn, a Father Noticed a Bald Spot Under His Daughters’ Window; That Night He Found the Cause

As parents, you want nothing more than to protect your children and make sure they grow up in a safe environment. Unfortunately, that’s not always possible. One father in Orlando, Florida has put his neighborhood on alert after making a disturbing discovery right in his own back yard. [1] 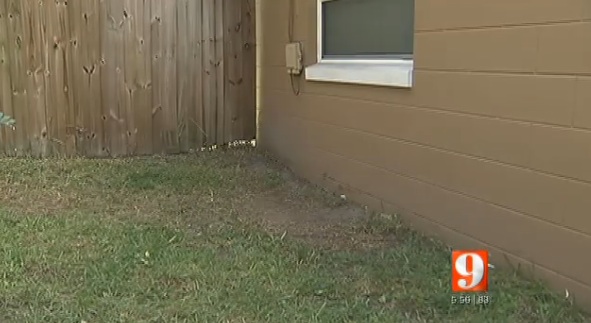 According to The Blaze[3]:

A father was mowing the lawn of his Orlando, Florida, home recently when he noticed a bald patch at the base of his daughters’ bedroom window. That night, he set out to see what was going on and what he witnessed has both him and neighbors on edge.

According to WKMG-TV, the father of 8 and 10-year-old girls, who wished to remain anonymous, said he saw a man standing on a cinder block[4], peeping through his daughters’ window. Given the lack of grass in the spot, he didn’t think it was the first time the girls had been spied upon.

The father chased the man, but he was able to get away. Now, the dad is warning others in the neighborhood, which is near an elementary school, about what happened.

“It’s very scary,” Charlene Murray told the news station[5]. “It’s always been a quiet neighborhood and I’ve never had any problems. I lived here for 25 years.”

While the father put a sheet on his daughter’s window, Murray said she heard of another neighbor having their children sleep in the living room after hearing about the incident.

A note of warning to all parents, make sure the window(s) in your children’s bedrooms are covered, especially at night. If you hear suspicious noises from outside any window, do not go alone; always have a firearm with you and a cell phone to call the police if necessary. This can happen anywhere, so be prepared.