MURDERED:Police Officer SHOT in the FOREHEAD By Cold-Hearted Gunman In New York!

Not again. Our law enforcement officers are still being targeted for simply doing their jobs…now, another one of our First Responder Heroes has fallen to a CALLOUS killer, but this time there is a DISTURBING twist![1] 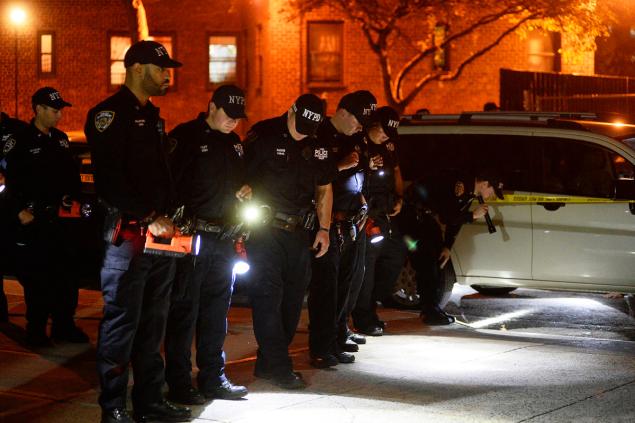 The New York Daily News reports a New York Police Department housing officer was shot and killed overnight “during a chase and gunfight on a pedestrian overpass above the FDR Drive in East Harlem, police said.”

“Officer Randolph Holder, 33, was shot in the forehead by the callous gunman, who had stolen a bike and was being pursued by cops along the promenade hugging the East River.”

“Holder, who emigrated from Guyana, was a third-generation police officer, following in his father and grandfather’s footsteps in the line of duty, Bratton said during a somber press conference at the hospital.”

The suspect was shot in the legs and arrested. No information has yet been released about his identity, but in this New York Daily News photo of the suspect being taken to the hospital you notice one thing: he doesn’t appear to be a crazed white man.

In recent months, we’ve seen all too many white police officers targeted, as the Black Lives Matter movement famously chanted “pigs in a blanket, fry ’em like bacon.” Sadly with this killing it shows that black lives really don’t matter either – particularly if they’re wearing a badge.

We have lost another one of the Good Guys. I do not doubt that before this last night at work, he said his good-byes to loved ones, as if it was the last time. Because for these Heroes, living like every moment they have could be their last moment on earth, with the ones they love, is a part of the job. The job they so selflessly do, to Protect & Serve, you and me. God Bless America and God Bless our Police Officers! 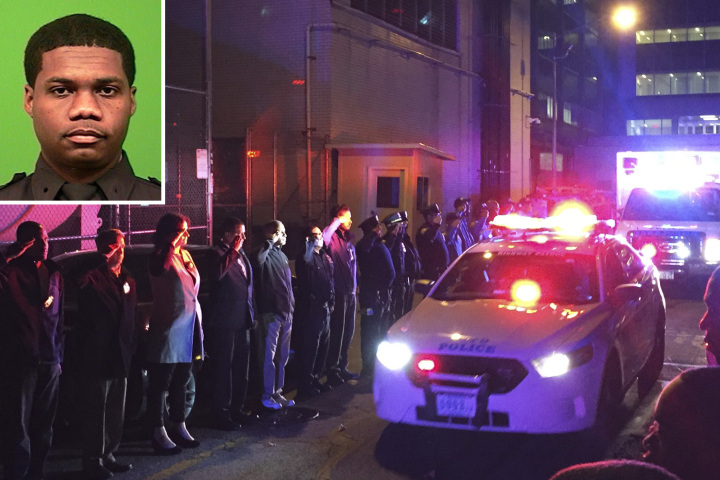