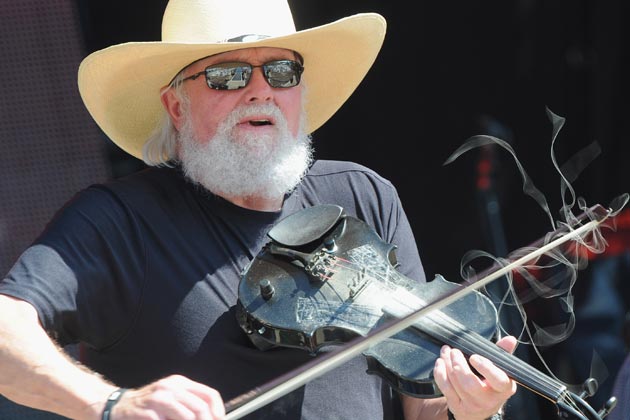 [1]Country singer Charlie Daniels, known for The Devil Went Down to Georgia and This Ain’t No Rag, It’s a Flag, went off on Obama over Twitter and held nothing back. Unafraid of being politically incorrect, he said a lot of things most of us wouldn’t even dare to. [2] 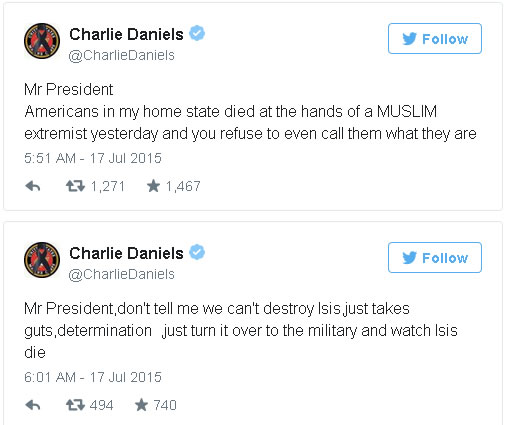 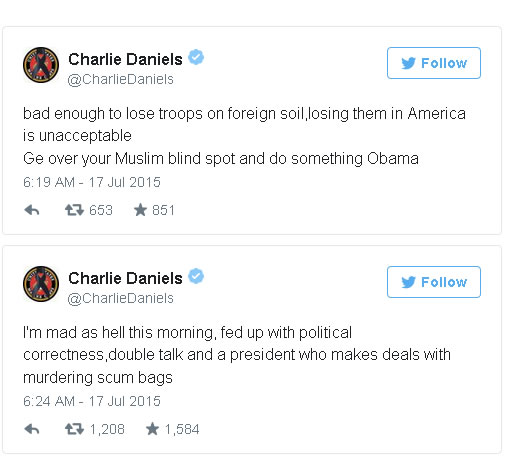 Daniels is originally from North Carolina[5] but now makes his home in Mt. Juliet, Tenn. His tweets come after shooting suspect Muhammad Youssef Abdulazeez[6] was killed after temporarily evading law enforcement, having allegedly opened fire at a Navy recruitment center and then shooting at another military building nearby. Only a couple hours after the incident, The White House tweeted[7] a statement from Obama acknowledging Eid al-Fir[8], a three-day celebration marking the end of the Muslim holy month of Ramadan.

“For millions of Muslims, the morning of Eid is marked with the call to prayer echoing through cities and towns across the globe,” Obama said. “Millions of people head to local mosques for special Eid prayers followed by festive gatherings, gift exchanges, and feasts among friends, neighbors and families.”

The insensitivity of Obama at a time like this is incredibly rude. And frankly, goes to show Charlie Daniels is a better, bigger person than Obama, who still will not acknowledge the Chattanooga shootings as a terrorist attack.