An Egyptian-born Muslim cleric who believes that infidels should be murdered has been retained by the Attorney General and is being paid with American tax dollars. According to a report from the Conservative Tribune: 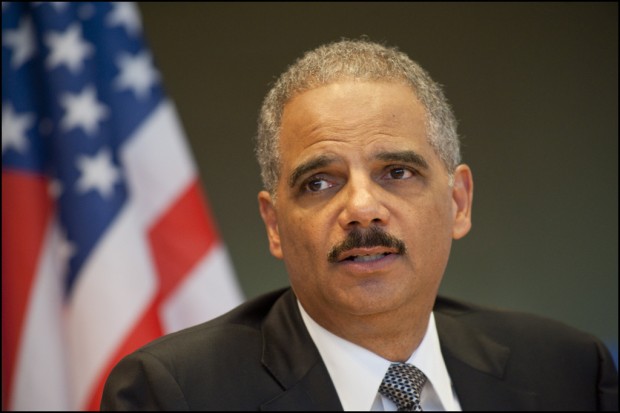 When you’re going to hire an individual to teach classes to federal prisoners, you may not want to hire someone who believes we should give the death penalty[2] to people who haven’t even committed crimes.

However, it makes a bit more sense when you realize the Egyptian-born imam hired by Eric Holder’s Department of Justice called for the death penalty to be applied to “infidels.”

Fouad ElBayly, an imam at the Islamic Center of Johnstown, Pa., was contracted by the DOJ[3] in spite of the fact the religious leader had called for murdering the Islamic dissenter Ayanna Hirsi Ali for what he described as “poisonous” statements.

Ali, a former Dutch member of parliament whose family fled Somalia, is known for her vocal opposition to Islamic radicalism, especially as it pertains to women.

When she was to make a 2007 appearance at the University of Pittsburgh-Johnstown, ElBayly helped lead an unsuccessful protest against Ali’s visit.

“If you come into the faith, you must abide by the laws, and when you decide to defame it deliberately, the sentence is death,” ElBayly said to a local newspaper.

The comments unsurprisingly drew national ire, and ElBayly allegedly resigned from his post at the head of the Islamic Center.

However, if he ever did really resign, it was only a temporary resignation, since ElBayly’s job application reportedly continues to list his role as the leader of the Islamic Center.

ElBayly was hired to teach classes in “leadership and guidance” to federal prisoners by the DOJ in contracts worth $12,900, according to Yahoo! News[5].

Perhaps of note is the clause in those contracts that reads, ”I do not endorse nor will I practice or use language in the institution that will support violence, terrorism, discrimination against other inmates.”

We are, I’m ashamed to say, quite used to radicals being associated with the most-radical administration in U.S. history; however, this is a whole new level of disgusting (even for this administration).