Let’s pretend for a moment that we actually care about children and their well-being, why is this being allowed? Why are we letting grown men harass, grope and proposition our children for the sake of not being labeled “xenophobic” or “racist”? Is being considered a “racist”[1] worse than having your daughter raped? 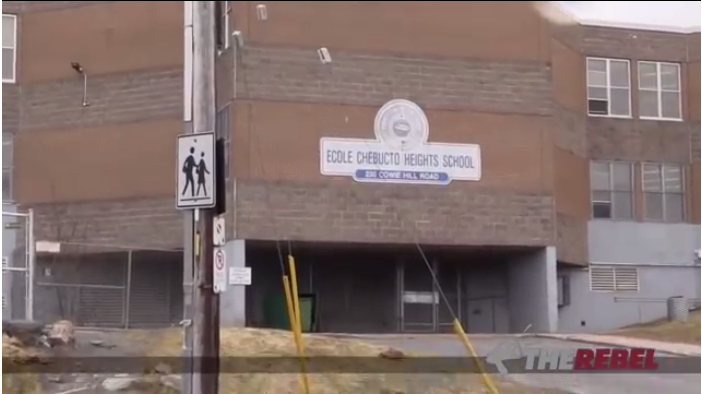 There have been reports of Canadian High School girls and other school officials being harassed by adult refugees[3]. What adult refugees are doing in a high school is as good of a guess as any, though we have a few ideas why. None of them are to sell cookies by the way…

One email, Goldy reported on Monday, said that 19 and 20-year-old Syrian migrants were aggressively confronting teachers, “particularly when it comes to the girls in the class, and also bullying the others in the class.”

One school employee reported “issues surrounding gender/age divisions that seems important to our Syrian population – especially these older boys when it comes to their younger sisters.”

Another email reported that students were offended that the refugees were using sexually explicit language in front of their female classmates.

All things that had they been anything other than Muslim, people would be up in arms about sexism and rape culture[4] and slut shaming[5], and how we need to reeducate boys. But since they are Muslim…

As for why people don’t speak up?

It’s really ugly, the Canadian boys are very frustrated but are too scared to speak up (they know how dangerous the ‘you’re a racist’ label will be for the rest of their lives).

Think about that for a second. The Canadian boys were frustrated but too scared because they’ll be labeled “racist.” They’ll be a racist for standing up for girls who are being harassed. This is the PC world we live in now. In the past we’ve always pointed out how Islam sits high atop the leftism totem poll of victim groups (read Dear LGBT Community: Get Yourself some Guns. Now.[6]). For all the left says about championing the rights of women, gays, or transgender/species people, all of these groups get thrown under a suicide-bomber passenger bus for Islam.

This should NEVER be accepted in a first-world country, or anywhere else. Our children should come before refugees.