Refugee threatens Police when he can’t get his way… and it’s what he uses as the threat that shows us EXACTLY where his humanity level has sunken too… Disgusting![1] 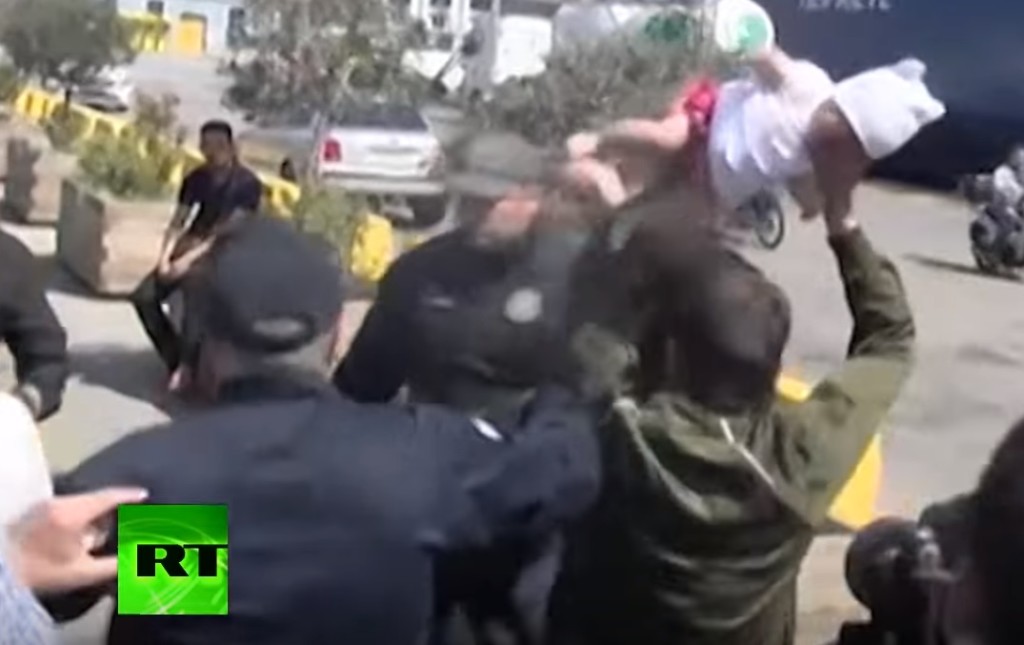 Shocking video footage shows the moment when a “refugee” threatens to throw a baby at police officers in Greece because they refuse to allow him to continue his journey to the welfare havens of northern Europe.

The incident occurred at the Greek port of Piraeus where migrants were told they were being moved to a purpose built camp near Athens.

Furious at being unable to continue their journey into western Europe, the clip shows a man hold a baby aloft before gesturing that he is about to throw the toddler at police officers.

The baby is jostled around like a rag doll as it screams out in terror during the ordeal.
Subsequent footage shows the baby being re-assured by a woman who is presumably its mother.

This is by no means the first time that “refugees” have used children as human shields to draw attention to their demands.

Last month, migrants placed their infant children on train tracks in Greece in a move designed to blackmail European leaders into reopening their borders.

Earlier this week, a refugee family also blocked a road in Karben, Germany by laying down in front of traffic in an effort to get city officials to give them a free house.

“In the middle of the traffic the driver lay in front of the cars – he wanted himself, his wife and his children to be run over. In Iraq he had been promised a house – he is now demanding that,” reports Vled Tapes.

“The man lay in front of the first car, and asked the female driver from Kloppenheim to drive on. He also wanted to drag his child down. “The child was really afraid”, says the upset driver. She climbed out, tried to get the man to stand up.

Two civil police who happened to be going past were finally able to drag the man away from the road.”

I know it’s wrong to hit a man with a baby…but….