Of all the horrible things that I have had to read on the job, this is one that I will never be able to cleanse from my mind. This Muslim beheaded a 4-yr old girl[1] that was in her care, then takes the head around the city flaunting it around like it’s some kind of trophy…when you find out WHY she did this- you will be sick to your stomach. 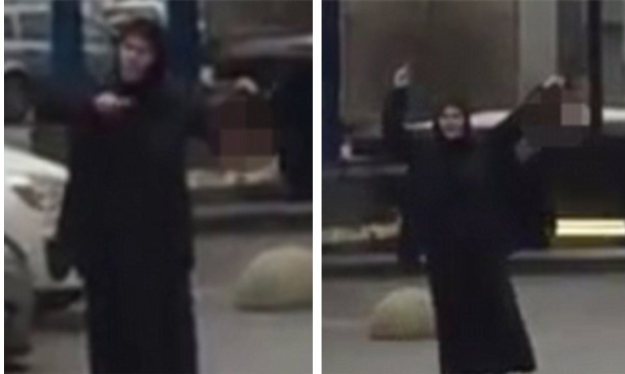 A Muslim babysitter in Moscow committed an atrocity so gruesome stunned onlookers feared for their lives.

Gyulchehra Bobokulova decapitated a child in her care and walked through the streets with the head of the four-year-old raised as she shouted “Allahu Akbar,” the Daily Mail reported.

The woman also shouted the she hated democracy and was a suicide bomber who would “blow everyone up,” according to witnesses.

“You have become so hardened, you have eliminated so many of us,” she exclaimed. “Look I am a suicide bomber, I will die, doomsday will come in a second.”

Many of the frightened passersby screamed “terror attack!” as police and ambulances arrived to the scene.

Local reports indicated she killed the child because her husband was cheating on her,” according to the Mail.

“She was standing near the metro entrance and caught my attention because she was screaming Allahu Akbar,” bystander Polina Nikolskaya told Dozhd TV.

Police found the decapitated body of the child when they responded to a fire at her apartment.

The footage below shows the woman during her walk of terror and the moment authorities sprinted in to capture her.

WARNING – FOOTAGE MAY DISTURB SOME VIEWERS.

There are no words that I can use to express how I feel…no appropriate words at least. This woman, is a demon.