Muslim Trump Trasher Deletes His Website – He Was Hiding THIS

As you are probably already aware of by now, this guy has gotten far more media coverage for his speech at the DNC than Pat Smith. Both are parents to heroes who sacrificed their lives for this country, yet only ONE gets the story coverage that is deserved by mainstream media. Classic.[1]

However, with Kahn getting all this attention now, it has caused some people to dig further into who he is…and now, this has been found. 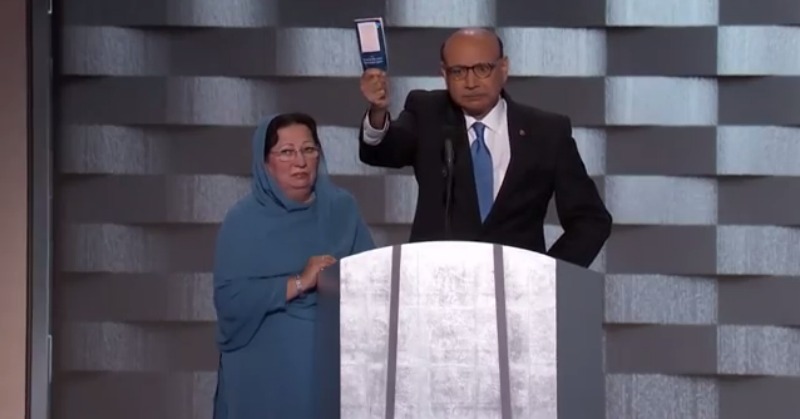 Khizr Khan, the Muslim Gold Star father that Democrats and their allies media wide have been using to hammer GOP presidential nominee Donald J. Trump, has deleted his law firm’s website from the Internet. This development is significant, as his website proved—as Breitbart News and others have reported—that he financially benefits from unfettered pay-to-play Muslim migration into America.

A snapshot of his now deleted website, as captured by the Wayback Machine which takes snapshots archiving various websites on the Internet, shows that as a lawyer he engages in procurement of EB5 immigration visas and other “Related Immigration Services.”

The website is completely removed from the Internet, and instead directs visitors to the URL at which it once was to a page parking the URL run by GoDaddy.

The EB5 program, which helps wealthy foreigners usually from the Middle East essentially buy their way into America, is fraught with corruption. U.S. Senate Judiciary Committee chairman Sen. Chuck Grassley (R-IA) has detailed such corruption over the past several months, and in February issued a blistering statement about it.

“Maybe it is only here on Capitol Hill—on this island surrounded by reality—that we can choose to plug our ears and refuse to listen to commonly accepted facts,” Grassley said in a statement earlier this year. “The Government Accountability Office, the media, industry experts, members of congress, and federal agency officials, have concurred that the program is a serious problem with serious vulnerabilities. Allow me to mention a few of the flaws.”

Grassley’s statement even noted that the program Khan celebrated on his website has posed national security risks.

This is what always happens with the Left. They come out with a boldness trying to touch the hearts of many with their story, and after they have convinced people… the real truth comes out and it is too late. Just obnoxious.