Muslims shocked when they were forced to obey the law

NYC cabbies, at least those who are Muslim, were shocked to find out that NY parking rules apply to them[1].  Yes, even when they are double parked outside of a mosque… 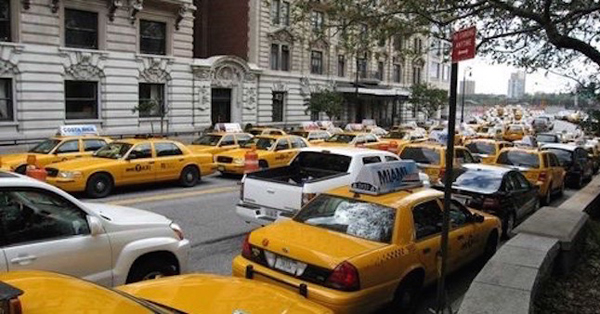 Devout New York City Muslim cabbies got a rude awakening when they got tickets for double-parking outside a Manhattan mosque while they were inside saying Friday prayers for Ramadan.

One officer single-handedly placed nearly 100 tickets on cabs parked in the vicinity of the Islamic Cultural Center in the city’s Upper West Side neighborhood, cab driver Mohammad Zaman told the New York Post.

“This is a special prayer time, a time for religion. We double-park here every Friday and they [allow it], but today they gave us all tickets, almost 100 cabs,’’ he said.

Police used to ignore the double-parkers outside of the mosque. If people are upset with the sudden enforcement of the law, they may want to take it up with the Mayor. Generally speaking, when there is a sudden uptick in ticketing, that comes from the higher ups.