‘We must come together’: Olympian Calls For Unity In The Wake Of Daughter Being Shot And Killed [VIDEO] 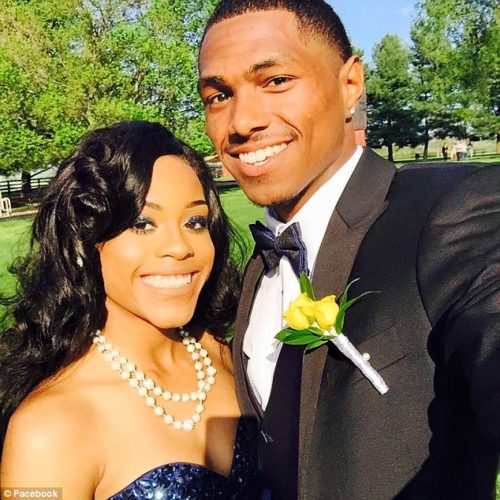 Yet another beautiful young life[2] has been snuffed out with violence and illegal weapons dealings. Trinity Gay, high school aged daughter of Olympic sprinter Tyson Gay, died of a gunshot wound after being too close to a gun buy gone wrong.

She was apparently with a large group of teens hanging out in the parking lot of the Cook Out restaurant in Lexington, Kentucky. At around 3:30 AM, shots were fired and Trinity went down. She died soon after. Can someone, anyone, tell us why a 15 year-old girl is hanging out in parking lots at 3 AM with people who are involved in illegal gun sales? How was she even allowed to be out that late? 15 year-olds belong at home after midnight, period. Nothing good ever happens after midnight.

Trinity’s father, Tyson, is planning to become involved in mentoring to honor his daughter. That’s a noble thought and certainly will help. But it is going to take a lot more than mentoring to stop the violence. The entire criminal youth culture needs to be stopped. Adults need to wise up and stop allowing children to get involved in illegal and dangerous activities. Adults need to start being adults and taking charge of their families and children, knowing where they are at night and putting reasonable curfews in place. And then maybe beautiful young ladies like Trinity wouldn’t die.

Teens out roaming around at 3 AM is never a good idea. The hopes and dreams of Trinity, her father and mother have been crushed. And the sad part is, it could have been prevented. It’s too late for Trinity. But it’s not too late for other young people. Do we know where our teenaged loved ones are right now? Do we know with whom they are spending time and what they are doing? Hug your teens today. Rest in peace Trinity.

Tyson Gay told those gathered for a remembrance of Trinity: ‘I want you guys to love each other, have peace and protect each other, that’s what Trinity would have wanted. … Life is not a joke.’