The next place that is looking to ban the Confederate flag is…wait, NASCAR? At least, if Chairman Brian France[1] has his way… 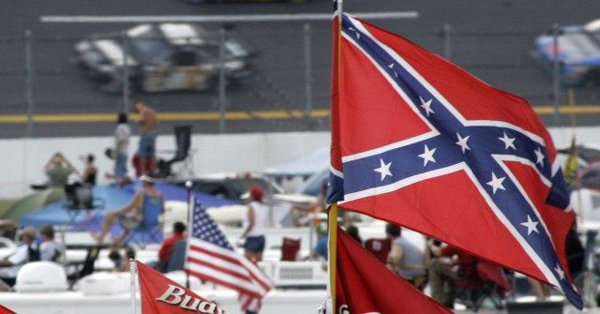 “We want to go as far as we can to eliminate the presence of that flag,” France told The Associated Press. “I personally find it an offensive symbol, so there is no daylight how we feel about it and our sensitivity to others who feel the same way.

“We’re working with the industry to see how far we can go to get that flag to be disassociated entirely from our events,” he added.

On June 23, NASCAR came out in full support of South Carolina Governor Nikki Haley’s move to remove the Confederate flag that flew over a Confederate war dead memorial on the state house grounds.

Am I the only one who finds it funny that the Chairman of NASCAR’s last name is “France?” Either way, while it’s one thing to say that racing teams can’t show the flag.  It’s another thing to ban it from the audience.  That…will be interesting.