Nearly 70 Percent of These Babies Don’t Make it to Birth. One State is Pushing a Law to Change That

While many on the right remain committed to a pro-life stance, there are some who consider outlying factors in the issue such as rape, incest of birth defects. One newly proposed law would aim to outlaw the abortions of babies who have been discovered to have Down Syndrome.[1] 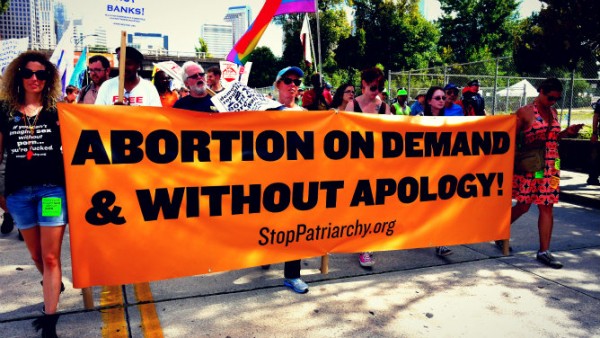 A new area is opening in the abortion debate. Currently, there are no laws on the books that make obtaining an abortion for a certain reason illegal. But a proposed Ohio law could change that.

Babies who are prenatally diagnosed as having Down syndrome experience much higher rates of abortions than babies without it. Reason[3] reports:

The proposed legislation in Ohio would make it illegal to obtain an abortion after learning the child has Down syndrome. Mike Gonidakis, president of Ohio Right to Life, told The New York Times[4]:

“’We all want to be born perfect, but none of us are, and everyone has a right to live, perfect or not,’ he said. ‘You go to any supermarket or mall and see these families who just happen to have a child with Down syndrome, and they will tell you how fortunate they are to have those children. Pretty soon, we’re going to find the gene for autism. Are we going to abort for that, too?’”

Pro-choice supporters are against the law, saying as long as abortion is legal, putting restrictions on the reason for it doesn’t make sense. Dr. Marjorie Greenfield, professor of obstetrics and gynecology at Case Western Reserve University, said:

“If abortion on demand is legal, and you can have an abortion just because you want to, what does it mean to say you can’t abort for Down syndrome? It seems bizarre.”

The legislature is expected to pass the bill this fall. It would then head to Governor (and GOP presidential candidate) John Kasich’s desk for his signature.

What do you think? Should abortions be allowed for couples who learn that their baby will have Down Syndrome? Or is it in God’s hands and not our right to meddle?