Neighbor’s sexual fantasies land her in prison! You won’t BELIEVE what she did!

With the exception of a deranged and complicated woman who lives in the attic bedroom[1] next door, the Saylor family couldn’t be happier in their Red Lion home, where they moved about two years ago. 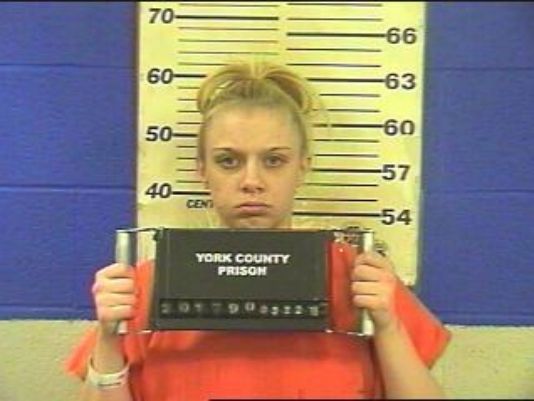 But that woman — Amanda Warfel — is a big exception, according to matriarch Tanya Saylor.

“It hasn’t been easy, I’ll tell you that,” Saylor said. “My family’s a little different from the average. My husband is black and I am white. … My kids are biracial.”

Warfel calls Saylor’s children racial epithets and says other inappropriate things to them, Saylor said. Warfel engages in extremely loud sex that only gets louder when the Saylors complain, she said.

“It’s been almost two years of it,” Saylor said. “It’s been pretty terrible. … She just makes life a living hell. It’s got to stop.”

Asking Warfel politely to be quieter does nothing but antagonize her, according to Saylor.

“She starts calling my children n—s and monkeys, and offers them bananas,” Saylor said. “It was a daily thing until she went to prison (last month).”

Saylor said it’s been especially hard on her 18-year-old daughter, who has been fighting cancer on and off since she was 10, and who already has a difficult time sleeping because she’s ill from her treatments.

“She can’t battle cancer in peace,” Saylor said. “And her father is terminally ill.”

Saylor said she doesn’t want people to think she and her family ran to police without first trying to work out the neighbor issue on their own.

Saylor said what most angers her isn’t Warfel’s use of racial slurs, because she and her husband have taught their kids not to take such words seriously. It’s the exposure her children have had to Warfel’s sex life that most deeply disturbs Saylor.

“My kids know more than they should, including my 9-year-old,” she said.

State police filed charges of ethnic intimidation, harassment and disorderly conduct against Warfel for a Feb. 28 incident during which charging documents allege Warfel made racist comments to Saylor’s 15-year-old daughter, including “monkey” and the “n” word.

Documents state that “due to the persistent nature of her actions,” Warfel, 25, of 107 W. Gay St., was arrested. Police had also contacted her probation officer, who then filed a probation-violation detainer against Warfel. She is on probation in York County for a felony prison assault.

Her Lancaster County probation officer also filed a violation detainer against Warfel after she incurred new charges while on probation there for drunken driving.

At Warfel’s preliminary hearing Tuesday for the Feb. 28 incident, defense attorney Mike Fenton told presiding Common Pleas Judge John H. Fishel that an agreement had been reached in which police would withdraw the ethnic intimidation charge in exchange for Warfel pleading guilty to the summary citations of harassment and disorderly conduct.

Fishel sentenced Warfel to 45 to 90 days in York County Prison, with credit for time served. Warfel has been locked up since March 22.

This woman is obviously deranged. What was her reason for doing this? Lock her up in a padded cell.