Never went National Flashback: The case a Black Woman fired for her views on Gay Rights, 8 YEARS AGO 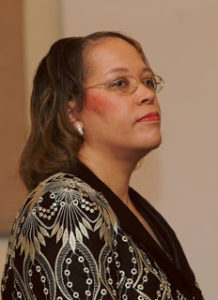 [1]As Leftist celebrate[2] their victory on Same Sex marriage, hear a little story about a girl named Crystal.

In the spring of 2008 a Black woman read a an Op Ed piece in her local paper in Toledo Ohio written by a White man saying it’s time for America to give Gays their Civil Rights. Being a person of color, CrystalDixon[3], took offense to his argument and decided to put pen to paper and write a very measured and well thought out rebuttal to what he had to say.  What she argued reflected the feelings of a majority of African Americans at the time who took great umbrage at the Gay community’s tactic of co-opting the African American experience in their struggle for Civil Rights. She fired back that she cannot wake up in the morning and not be Black. Gays were that way by choice and she used her Christian beliefs in a very calm and sober manner to justify her point of view.

Writing an opinion to one’s local paper has been done in America for almost as long as the country’s existence. It is the quintessentially an American thing to do. That White man had every right to say what he wanted to say. Crystal Dixon, a descendent of slaves, had the same rights. Nonetheless, she got fired from her job!

Her story didn’t make national news. The NAACP didn’t come to this Black woman’s aide. Al Sharpton was nowhere to be found. And she is not an isolated case.

That was America eight years ago. It was Liberal Fascism in 2008 that lost Crystal Dixon her job and it’s only going to get worse in the wake of SCOTUS’s decision to rule Same sex marriage as okay. So don’t believe the hype about polls reflecting a great change in attitude in America toward Gay marriage. Polls are not reflecting the intimidation in the air. It’s not right and it’s totally un-American for people like Crystal Dixon to be punished for how they think.

Exclusiveinterview [4]I did with Crystal Dixon