#BlackLivesMatter is a dangerous “movement.” It is a movement centered on what the left would call “hate speech” (if it were whites saying these things) and violence. Two Black Panthers are now doing hard time for plotting to bomb the Ferguson Police Department[1]– and act that they would have accomplished if only they hadn’t run out of food stamp money. 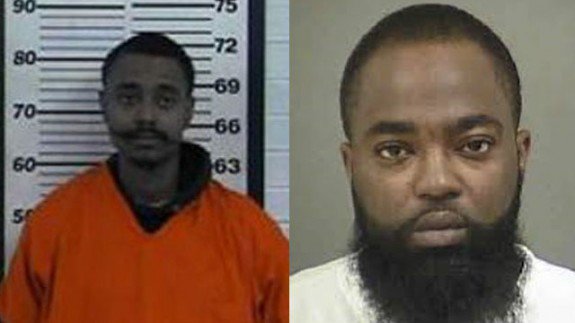 Two New Black Panthers members were indicted in April on charges they were planning to bomb public buildings[3] including the Ferguson police station.

The two panthers admitted in court they were plotting a major bomb attack[4] but ran out of money on their EBT cards.

Brandon Orlando Baldwin, 22, and Olajuwon Davis,22 were indicted on charges by federal agents.

Olajuwon Ali is the local leader[6] of the New Black Panther Party in St. Louis. Last year he released a video[7]inviting local blacks to join his group.

The two #BlackLivesMatter activists admitted in court that they were planning to blow up the Ferguson police station and murder St. Louis County Prosecutor Bob McCulloch… But they didn’t have enough money on their EBT card!

Sadly, these two nutjobs will likely be treated like heroes inside the penal system.