If you thought the government couldn’t get any more intrusive[1], boy do I have a surprise for you! 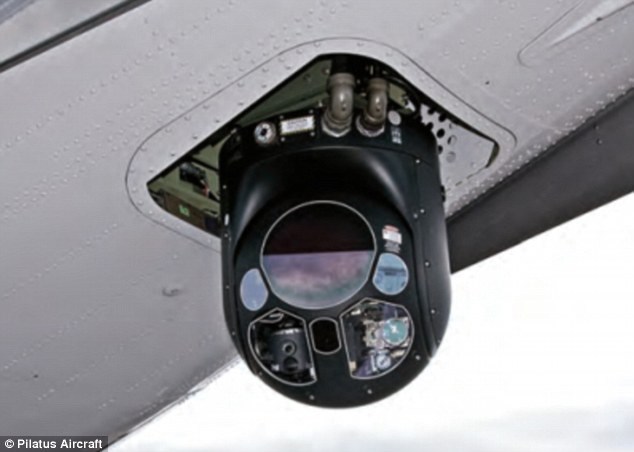 Federal investigators looking into the San Bernardino massacre deployed a spy plane overhead after the attacks in an apparent attempt to find additional suspects, Daily Mail Online can reveal.

The Department of Homeland Security is said to have put up the single engine craft over the California city and ordered it to make repeated circles overhead.

The craft would likely have been equipped with ‘Dirtbox’ technology which can scan tens of thousands of phones in one go to identify suspects.

The report adds to the intrigue about whether or not there were accomplices in the San Bernardino attacks, which took place last Wednesday and were the worst terrorist attack on American soil since 9/11.

Sofrep, which first reported the plane’s use, said the use of the spy plane showed that law enforcement was ‘actively searching for other members of a terrorist cell.’

The massacre in San Bernardino took place when Syed Farook, 28, an environmental health inspector, and his wife Tashfeen Malik, 27, murdered 14 of his co-workers and injured 21 at the Inland Regional Center where they had gathered for a Christmas party.

The couple were shot dead by police, who found more than 5,000 rounds of ammunition at their home and a bomb making factory with 12 IED-style devices.

It has since emerged that Malik posted her loyalty to ISIS leader Abu Bakr al-Baghdadi during the massacre and Farook had been in touch with known jihadists.

The Sofrep report stated that the Pilatus PC-12 plane that was used – was similar to the craft deployed by the military on missions over Africa.

Sofrep produced a map of the flight path for the plane which showed numerous circles over the area around Farook’s home in Redlands, a suburb of San Bernardino.

Spy planes have been deployed by the Department of Homeland Security and the FBI before, such as over the protests in Baltimore in August in the wake of the death of Freddie Gray.

A story by the Wall Street Journal described in detail how the two foot wide ‘Dirtbox’ allows an astonishing level of surveillance once it is up and running.

The device works by pretending to be a cell phone tower – mobiles automatically connect to the nearest one so latch onto the box – and can sweep up data on tens of thousands of phones in one go.

The operator is able to locate a person’s location quickly although they are not able to listen to calls.

Jay Stanley, a senior policy analyst with the American Civil Liberties Union, has written about the spy planes and called them ‘not your parents’ surveillance aircraft’.

He described how fixed-wing aircraft are making use of another surveillance technique known as ‘Wide-Area Surveillance’ which involved a super high resolution camera being fitted onto the undercarriage of a plane.

Why does it take Americans reading The Daily Mail, a news site out of the UK, to find out what’s happening in our own country?