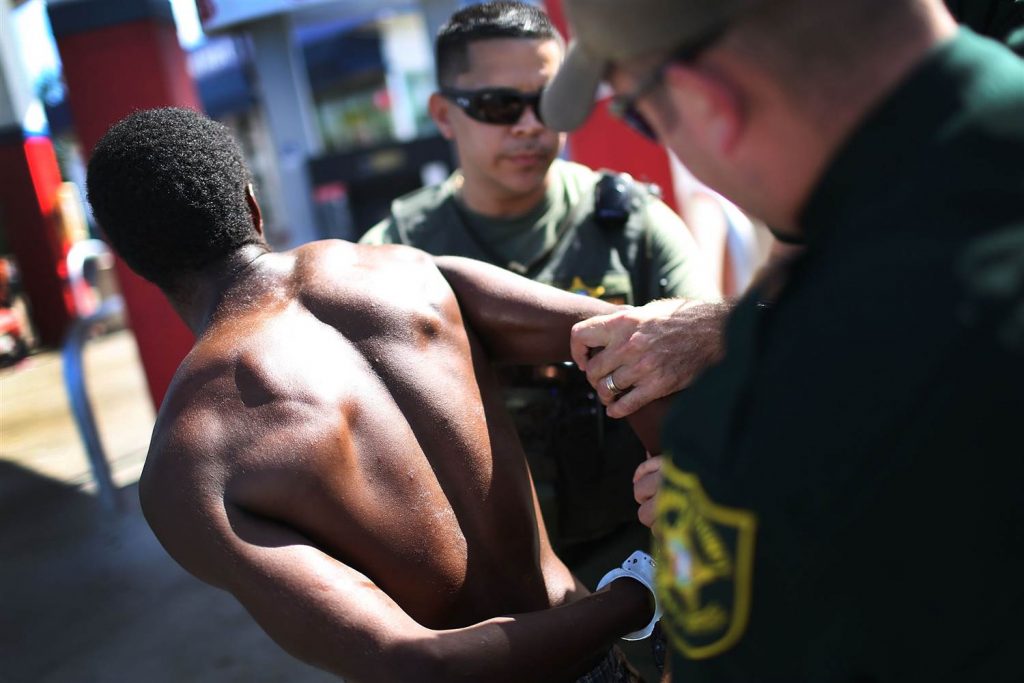 A man being handcuffed who is under the influence of Flakka.

Remember the crack epidemic of the 1980s? There is a similar epidemic taking place now in Florida, with a new drug known as Flakka. Only thing is it is much worse, because the effects are even more frightening and it is dirt cheap so easily accessible.[2]

It’s cheap, crazily addictive and terrifying. A single dose smoked, swallowed or snorted can give a user a potent but fleeting rush — or turn them into a paranoid zombie with superhuman strength and off-the-charts vital signs.
…
Floridians say it’s the worst drug crisis they have seen since the crack-cocaine epidemic of the 1980s. First responders describe nightmarish scenes with users running naked into traffic or impaling themselves on fences.

A 37-year-old old mother of two named Stephanie told NBC News about her first experience with flakka, which she unwittingly smoked during a drug binge.

A quick blast of euphoria was followed by a sickening fear. As the drug deregulated her autonomic nervous system, she began hallucinating that she was being chased and took off running.

Her body temperature spiked and she tore off some of her clothes and jumped three stories off a bridge into the Intercoastal Waterway.

“I just remember being in the water and feeling like I could breathe under water,” she said.
She still doesn’t remember how she got out, but she ended up in the emergency room and then the psychiatric ward.
…
“I talk to patrol and they say it’s every other call some nights…just one after the other, all flakka-related calls,” said Capt. Dana Swisher of the Fort Lauderdale Police Department.

“Anytime we respond to a flakka-related call from patrol, we’re gonna require at last three to four officers to respond.”

Capt. Mike Salzano of Fort Lauderdale Fire Department also sees the results of flakka abuse as he responds to calls for erratic behavior. During one run that NBC News joined him on, a woman wanted a man removed from her property.

“When you smoke that flakka, you start eating out the garbage cans and everything else,” she told Salzano. “And then you gotta find a place to relax once you wear it off. And he end up in my yard early this morning, been here since almost 12 hours.”

Every emergency worker seems to have a horror story. Swisher recalls the guy who tried to kick in a police station door. Several months ago, police got a report of a man swimming naked in the New River. He climbed up on a train bridge — which was probably 115 degrees in the hot morning sun — and rode it 150 feet in the air.

“We actually had to have fire rescue climb up there and basically tie him to the bridge with the firefighters so they could lower the bridge and take him off,” Swisher said.

Dr. Nabil El Sanadi, chief executive of Broward Health and an ER doctor, remarked, “I would say of all the drugs I’ve seen — cocaine, amphetamines, heroin, Oxycontin — this is the absolute worst.” Homeland Security and the United Way are both fighting the onslaught of the drug, which originates from China. Next time someone argues in favor of legalizing all drugs, ask them about Flakka. 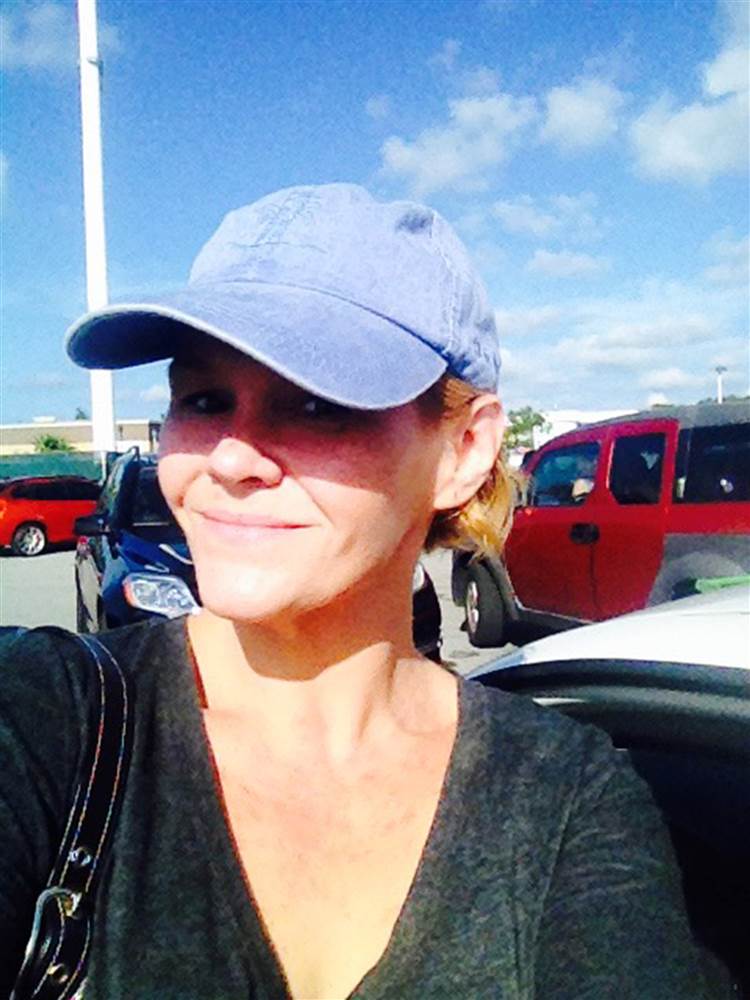 Stephanie jumped off a bridge after her first time taking Flakka.