Is it any surprise that liberal progressives would go to extraordinary lengths to make their opponents (us) look bad? It’s really unfortunate that these people can’t be even half as tolerant as they claim to be, because everyone would get along much better if that were the case.

But as this video shows, if we were ever to reach that point, it would be a long, long, LONG way off from today. 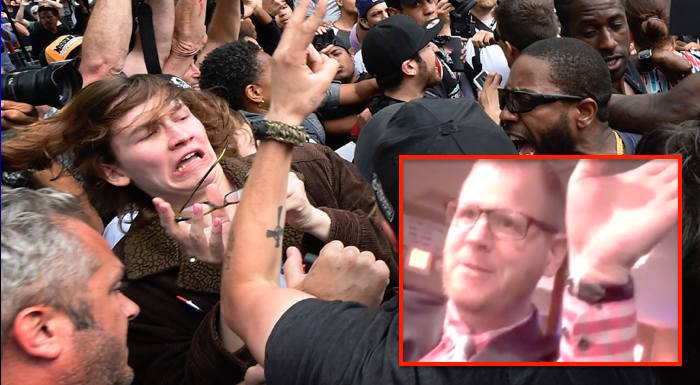 James O’Keefe was thrust into the public spotlight after his undercover ACORN video went viral and he hasn’t stopped since. This last week has given us more insider info on the Hillary Clinton campaign and her plans for her Presidency, and it’s truly frightening.

But the video you’re about to see is far worse and it includes the Democratic National Committee as a whole. Democrats are intentionally sending people, including “mentally ill homeless people” to Trump events in the hopes of starting fights and generally causing disruption.

The video below will mortify you, but it needs to be seen. People need to know this is what is happening in America right now. [GRAPHIC LANGUAGE WARNING]

These are the people who have been so entrenched in political activism for so long they no longer see their opponents and their opponents’ supporters as people; they see them as pawns to be used as a means to an end. They don’t even see their own supporters as people, they see them as votes and they don’t care why you’re voting for them, they just care that you’re actually doing it.