Diseases such as Parkinson’s and Alzheimer’s are devastating. They devastate families who watch loved one deteriorate and it is heartbreaking to witness. New research, however, is shining a light on the effects of aging and this revolutionary medicine[1] may just help people live to see triple digits! 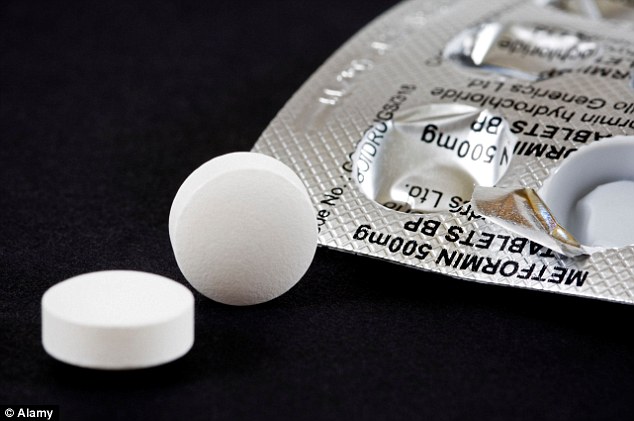 A common treatment for diabetes could enable adults to live well into their 120s, scientists say.

They will carry out the first trials on metformin next year in the hope it may stave off illnesses such as Alzheimer’s and Parkinson’s disease.

Researchers have already conducted tests on animals which show it significantly extends their lives.

Now the Food and Drug Administration, the American regulator, has given the go-ahead for the same trials in humans.

If successful, it would mean that, for example, a person in their 70s could have the same biological age as a healthy 50-year-old.

Professor Gordon Lithgow of the Buck Institute for Research on Ageing in California, who will lead the study, said: ‘If you target an ageing process and you slow down ageing then you slow down all the diseases and pathology of ageing as well.

‘I have been doing research into ageing for 25 years and the idea that we would be talking about clinical trial in humans for an anti-ageing drug would have been thought inconceivable. But there is every reason to believe it’s possible.

‘The future is taking the biology that we’ve developed and applying it to humans.’

Scientists believe that metformin, which costs 10p a day, could hold the key to anti-ageing because it boosts the number of oxygen molecules released into a cell.

This appears to boost their strength and ability to survive for a longer period of time.

The drug is usually taken as a daily pill although it can also be prescribed as sachets which dissolve in water.

Belgian researchers tested metformin on a species of roundworm and found that they not only aged more slowly, but also stayed healthier for longer.

This was despite the fact that those with the illness tend to have shorter life expectancies because they are more prone to heart attacks, strokes and kidney damage.

The trial, known as Targeting Ageing With Metformin, or TAME, is due to begin in the US next winter.

Scientists from various universities and organisations are raising funds and attempting to recruit 3,000 adults aged 70 to 80 who have or are at risk of cancer, heart disease or dementia.

In Britain the life expectancy for a girl born today is 82.8 years, and for a boy 78.8 years, according to the Office for National Statistics.

But the figures have risen significantly in recent decades and a third of babies will survive to at least 100. All cells contain a DNA blueprint which could keep a body functioning correctly for ever, which means ageing is not inevitable.

But over a lifetime billions of cell divisions occur – and the more divisions that happen, the more difficult it becomes for cells to repair damage.

God willing, we may see an end to such needless suffering in our lifetime! Hopefully, this scientific breakthrough pans-out and diseases such as Alzheimer’s will share the same fate as Polio!