New Tactic Of Establishment Anti-Trump Group: Keep Trump Voters From Voting At All 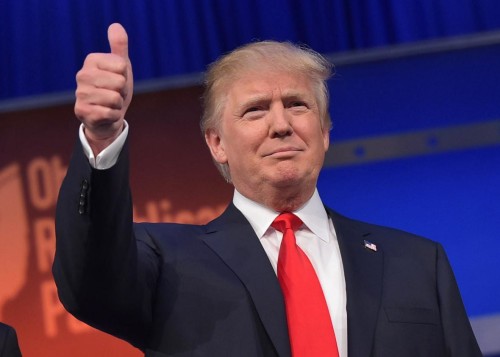 The GOP establishment is running scared [2]when it comes to The Donald. In a Republican world where the status quo has not changed significantly in a decade, Mr. Trump represents a very real threat to “the way it’s always been done”. Love him or hate him, he’s not going anywhere. Which is the reason this new anti-Trump group has been founded.

A new political group created by a prominent Republican consultant to take down the candidacy of Donald Trump has a unique strategy: convince the flamboyant billionaire’s many supporters to not vote.

According to a Friday Wall Street Journal report, Trump Card LLC has issued a memo to potential donors that its intended goal is to not change the opinion of Trump’s supporters in favor of another candidate, but to keep them “from voting altogether.”

The group, founded by GOP operative and sometime columnist Liz Mair, promises to achieve this lofty goal through a “guerrilla campaign” that attacks the current Republican frontrunner for his views that are atypical of the conservative mainstream.

Some of Trump’s positions that will be highlighted will be his support for eminent domain and past endorsement of single-payer healthcare.

“In the absence of our efforts, Trump is exceedingly unlikely to implode or be forced out of the race,” the Trump Card memo reads. “The stark reality is that unless something dramatic and unconventional is done, Trump will be the Republican nominee and Hillary Clinton will become president.”

The “guerrilla” tactics proposed by the group include fake pro-Trump ads undermining his talking points, attacking the mogul’s business experience, showcasing the apparent similarities between the former reality TV star and arch-nemesis Rosie O’Donnell and even hiring a Trump impersonator to show off his nastier insults.

Mair insisted to The Wall Street Journal that Trump Card is committed to strict confidentiality when it comes to her anti-Trump donors.

“I certainly know donors who are very happy that their fingerprints will be kept off things,” she told the Journal.

Trump Card is aiming to raise $250,000 from donors who support the other GOP candidates not named Donald J. Trump.

Mair, a former staffer for John McCain’s 2008 presidential campaign, made waves earlier this year after she was summarily dismissed from the Scott Walker campaign over tweets in which she disparaged Iowa voters.

Earlier this month, Mair sent out a vicious press release against Alabama Sen. Jeff Sessions over a bill that he had no involvement with. The bill’s sponsor was a different Sessions in Congress — Texas Rep. Pete Sessions.

Trump is many things; businessman, celebrity, reality TV star. But one thing he is not, is willing to play the establishment GOP game. What game you ask? The one where elected Republicans, no matter what outrageous freedom-robbing issue, program or law the Democrats are pushing, fold and let it happen. The mainstream Republican voters are sick and tired of the wimpy, whiny, spineless cowards in their party. Trump may come across at times as blundering, boisterous and bloviating, and some GOP conservatives may think he’s crass and beneath their consideration. But to underestimate his popularity is to make a serious error. He’s saying what many want to hear and what his track record in business illustrates he can do; and that is that he’s going to get things done and “make America great” again.