Since ISIS is clearly not crazy enough, there is a video that has surfaces that *allegedly* shows ISIS militants doing the unthinkable – taking sledgehammers, drills and barrel bombs to the ancient city Nimrud in Iraq. The city dates back to the 13th century B.C., and is located near Mosul. The Daily Mail[1] reports: 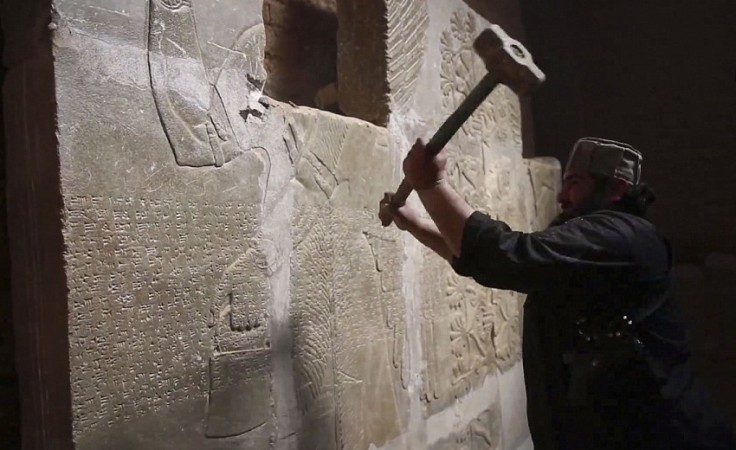 ISIS fighters can be seen hammering and drilling away at sculptures and stone slabs believed to be some 3,000 years old in the ruins of the ancient Assyrian city of Nimrud, located near the Islamic State-controlled city of Mosul.

The destruction at Nimrud, which took place last month, follows other attacks on cultural heritage sites carried out by the Islamic State, which now holds a third of Iraq and neighboring Syria in its self-declared caliphate.

The attack on the ancient site horrified archaeologists when it was first reported last month, and has been declared a ‘war crime’ by U.N. Secretary-General Ban Ki-moon.

A bulldozer brings down walls, while militants fill barrels with explosives and later destroy three separate areas of the site in massive explosions.

‘God has honored us in the Islamic State to remove all of these idols and statutes worshipped instead of Allah in the past days,’ one militant says in the video.

Another militant vows that ‘whenever we seize a piece of land, we will remove signs of idolatry and spread monotheism.’ 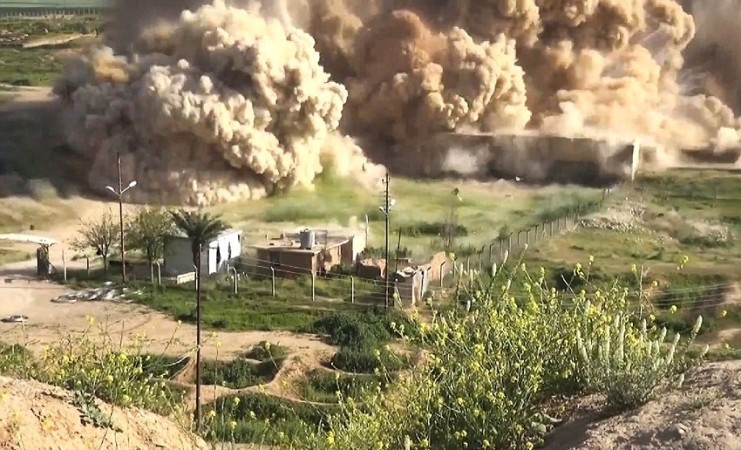