New York Mayor: New Yorkers are a bunch of meanies.

New York Mayor  Bill De Blasio has shown his dislike for his constituents previously, but now it appears he feels that there really isn’t any love lost from his constituents, especially at baseball games.[1] 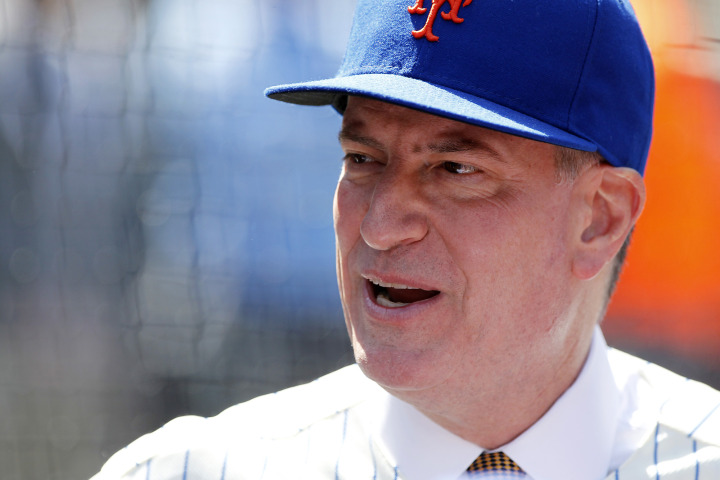 Mayor Bill de Blasio whined to a crowd of hayseeds in the Midwest about how New Yorkers are too mean to him at baseball games — and said he was jealous of how well his Milwaukee counterpart is greeted by fans.

“I had the pleasure of taking in a Brewers game with Mayor Tom Barrett last night,” de Blasio told a group at a speech Saturday in Milwaukee. “I was struck by how many people kept coming up to the mayor to thank him for his service.”

“I go to quite a few baseball games in my city of New York, and I gotta admit — the reception isn’t always that cordial,” he added. “People recognize me, all right. But oftentimes our exchanges are limited to a few choice words . . . or even a particular finger!”

New York fans at the Subway Series on Sunday night said they aren’t going to pretend to be nice — and if de Blasio wants to get treated better, he’d better earn it.

“He’s the worst,” said Diane McGrath, 48, a city worker, who has rooted for the Yankees for 30 years.

“What kind of reaction does he expect to get? He disrespects this city, disrespects the cops in this city, gets booed at their funerals, and seriously expects to get treated nice when he comes to the baseball games?” she said. “Get out of here. New Yorkers don’t forget.”

De Blasio certainly isn’t a Giuliani.  He does know that he is the mayor of New York right?  I don’t exactly think that New York is known for how friendly everyone is, especially to dirtbag mayors who constantly berate the city they live in.