NEWS ALERT: This Could Land Hillary in PRISON…

There are multiple reasons why Hillary should be in jail…and to our endless torture, she still remains free. Free and able to run for the highest office of the United States Of America…this is MADNESS. Will this get her a free ride to the slammer?[1] 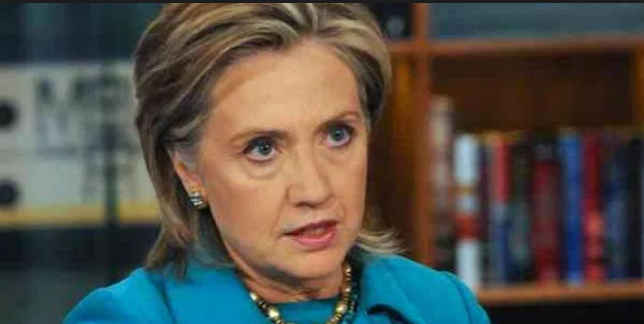 But in addition to the facts of the case — which the FBI is diligently digging into — there’s one factor that could weigh heavily in favor of letting justice take its proper course, should the FBI indeed recommend indictment, as many of us suspect it will.

A new book being published by Harper lays bare the bitter feelings that remain between the first lady and the woman who wishes to succeed the president. Notably, it documents the first lady’s desire to “take away the sweet taste of victory once again for Hillary.”

Via The Daily Mail:

There are friendships among this sorority of first ladies and turbulent rivalries as well as ‘relationships fraught with hurt feelings and resentment, like that between Hillary Clinton and Michelle Obama’, Kate Andersen Brower writes in her new book, First Women, the Grace and Power of America’s Modern First Ladies, published by Harper.

‘The 2008 presidential campaign left deep and lasting scars on both the Clinton and the Obama camps, and they are still shockingly fresh.’

Michelle, now 52, never forgot how Hillary mocked her husband’s message of ‘hope and change’ at a campaign rally in Ohio during that campaign.

‘The sky will open, the light will come down, celestial choirs will be singing, and everyone will know that we should do the right thing, and the world would be perfect,’ Clinton said.

Hillary was right; that certainly didn’t happen and she has remained bitter for years that Senator Ted Kennedy, who had been her mentor in the Senate, did not support her presidential candidacy in 2008.

A source in Hillary’s inner circle told the author that Hillary, now 68, is running again for president out of vengeance for that loss. She needs to win.

Obama is viewed by Hillary’s circle of people as not having the same work ethic as Hillary who they see as having a long record of dedicated public service.

Those Clinton acolytes also suggest that ‘Michelle has not done enough as first lady’ and has failed to prioritize funding for some programs that subsequently lost their federal support.

Michelle’s feelings towards Hillary were blatantly obvious when no couple dinners were scheduled at the Obama White House while Hillary was secretary of state and frequently meeting with the President.

Michelle is very close to Jill Biden and Vice President Joe Biden. She was hoping that Biden would run against Hillary for the Democratic nomination and his win would take away the sweet taste of victory once again for Hillary.

‘Recent charges of corruption and messy contributions to the Clinton’s Global Initiative, the family’s $2 billion foundation’ have fired up the enmity between both parties.

Did you ever imagine you might actually AGREE with Michelle Obama on something?

The nation will benefit supremely if these two monsters claw each other to death…. was that too harsh? Sorry.