Former House Speaker and presidential candidate Newt Gingrich said on “Face the Nation” Sunday that President Obama and Attorney General Eric Holder have passed up the opportunity to improve race relations in America over the past six years. Newt has never been more right: [1] 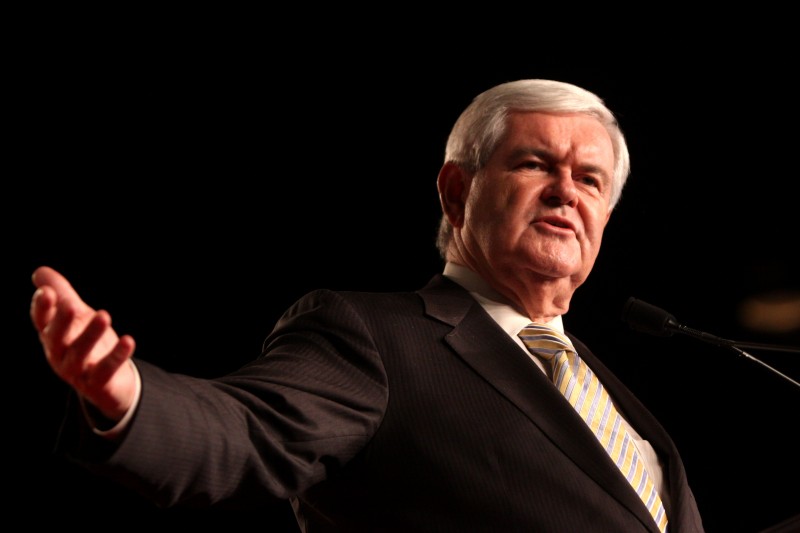 “Six years into their effort, we are, in some ways, further apart, not closer together. That’s a tragic failure of leadership at the very top,” Gingrich said on CBS’ “Face the Nation” Sunday.

When host Bob Schieffer asked if he was saying recent tensions are Mr. Obama’s fault, he said, “The president spends a lot of his time using language which is divisive, automatically jumps to conclusions about things he doesn’t know. I’m saying the Attorney General, clearly, has given speeches that are divisive. And I’m just suggesting to you, this is a tragic lost opportunity.”

“You would think that six years into the first African-American president, there would be a sense in the community of us coming closer together. That hasn’t happened,” he added.

Gingrich said that the two former New York City mayors, Rudy Giuliani and Mike Bloomberg, have done “the most” to save African American lives in the city.

“Their policing techniques, led by Chief Bratton, who invented them, actually saved thousands of lives by focusing on crime in a very intelligent way. And candidly, if Chicago were being as aggressive about it as New York, you’d be saving hundreds of African-American lives a year in Chicago,” Gingrich said. The Chicago mayor is Rahm Emanuel, a former chief of staff to Mr. Obama.

Gingrich said there are steps that can be taken to mitigate the problems, including criminal justice reforms that reduce the number of people in prison, especially young men. He also said there should be “serious hearings at the federal level.”

Moreover, he said, “there has to be some recognition — and this will probably get me in trouble — young people should be told, when a policeman tells you to stop, stop.”

Sadly, our President has done little to nothing to help with the solution to these so-called race wars. His actions have championed discrimination as well as hate, by supporting race baiters like Al Sharpton and Eric Holder. One would think our President would be a supporter of community and erasing the race lines. But then again, it’s Obama. Nothing he has promised has helped America in any way, so why would it start now? What a shame, and what a wasted opportunity.