What is going on with the NFL? What has happened to America’s greatest sport? The ratings have plummeted as of late, though definitely not enough to make any lasting damage…that is until fans get completely fed up with the anti-cop attitude and 44% of them decide to boycott[1]…but that’s just talk, right? 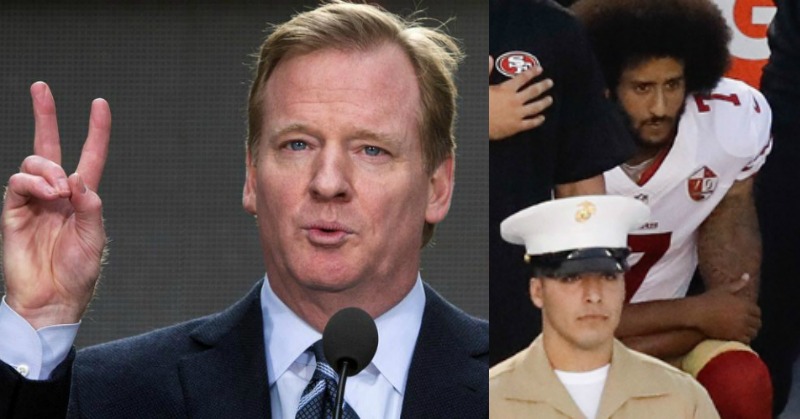 Well that’s the word on the street and if it does happen you can thank Colin Kaepernick and the number of other players who are protesting racial injustice by refusing to stand for the National Anthem, or raising the Black Power fist, idiotically not knowing what that symbol means.

Let’s see what the feckless Roger Goodell has planned when the people who line these player’s and the owner’s pockets with cash, completely abandon these creeps. 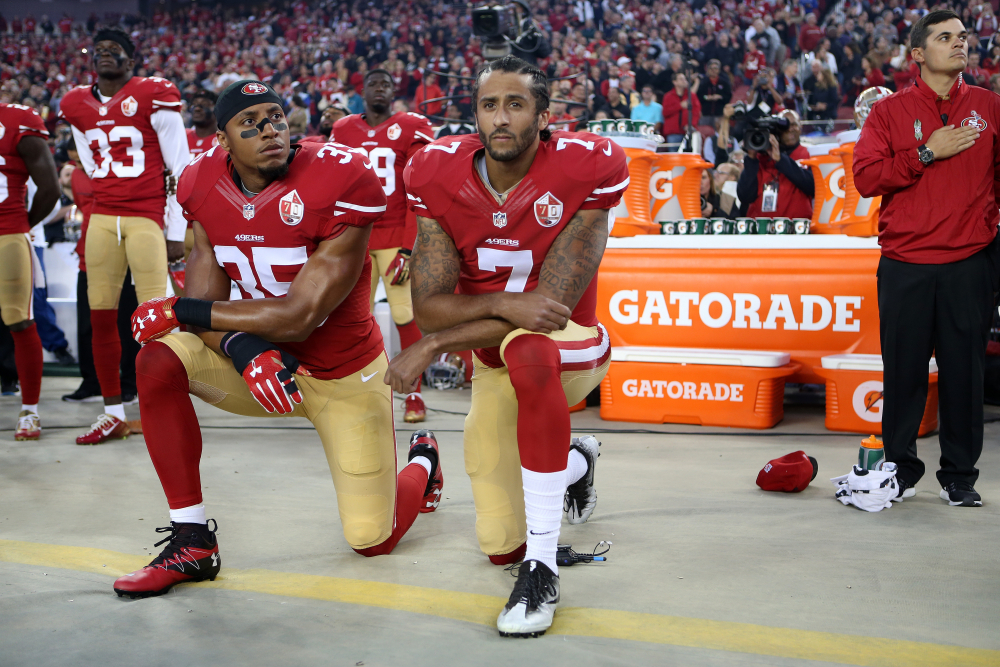 There’s a recent poll going around that reveals that 44% of fans would actually go through with the threat. Now this is an internet poll, so take it with a grain of salt…just saying. It’s going to be a good time to see if they actually have any conviction.

According to the poll, there could be a number of factors. Some stated the absence of Brady and Peyton was enough to get them to stop watching the games, while a healthy third of the poll said that the actions of Colin Kaepernick played a major role in their decision to not watch.

With further riots happening after recent police shootings, it won’t take that much to believe that the kneeling isn’t going to stop anytime soon. But how long can it go on? To what end is all this going? What’s the endgame for these knee jerk reactions to police shootings? Whatever it is, Roger Goodell is going to have to make a decision. Is he going to bring the fist down and fine players each time they disrespect our country? Or is he going to go along with the PC culture…

My money’s on the latter.