NJ Woman’s Dying Wish: “In Lieu Of Flowers, Please Do Not Vote For Hillary Clinton”

A person’s dying wish should be honored. One woman, as she laid dying, did not wish for flowers or for someone to name their child after her; she, instead, wished for the betterment of the nation she was leaving behind and asked that instead of flowers, to please refrain from voting for Hillary Clinton. Her obituary reads:[1] 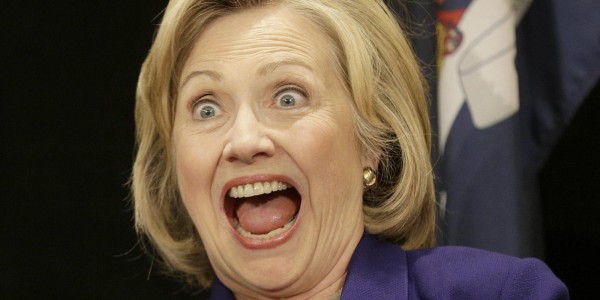 Elaine Fydrych (nee Szumanski), on August 13, 2015, of Runnemede, formerly of Gloucester Township. Age 63….Elaine was born and raised in the Port Richmond section of Philadelphia and was a very talented child, singing, dancing, playing the piano and ukulele. She appeared on local children’s TV shows in the 1950’s and 60s like Chief Halftown and Happy the Clown. Later in life, Elaine discovered her love of the theater, acting and comedy. Elaine became affiliated with the Broadway theatre in Pitman, NJ and appeared in a number of productions there, starting with their opening production of Nunsense as Rev. Mother….Her acting skills led her to do commercials, corporate videos and minor parts in a few independent films. She was a natural at comedy and her standup act was part of a Comcast local comic special in 2008. But her love for the theater and family overshadowed her natural comic ability and found she did not have the time to do it all right and decided to concentrate on the theater…. Elaine requests, “In lieu of flowers, please do not vote for Hillary Clinton” ….

It’s unfortunate that Mrs. Fydrych passed away. However, her desire to leave the nation in more-capable hands than Hillary Clinton is endearing.

Will we honor her dying wish? (Full disclosure: I was probably not going to vote for Hillary anyway).