NO. This Is NOT The New Normal. 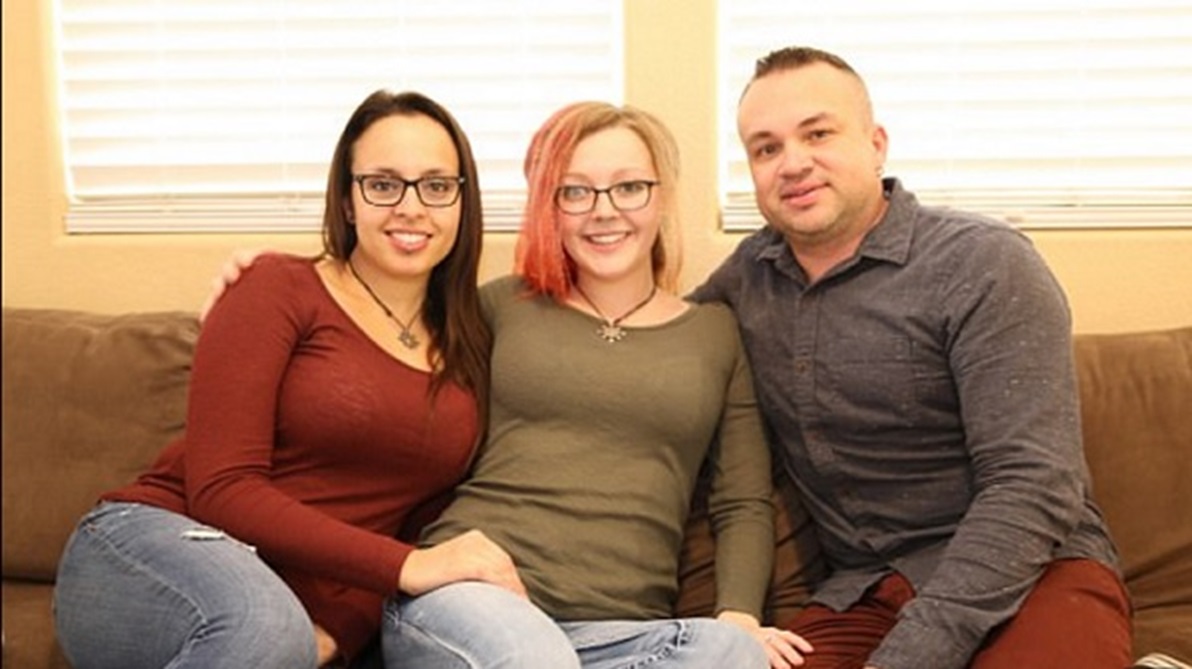 The irony of this story is that I personally know 3 people who were working toward getting into a similar relationship and yet to me it’s still completely bizarre! Mrs. Cristina Kaiser was a happily married woman with kids and all. She was a self proclaimed bi-sexual and felt like she was missing a little something in her life. One day walking into a pet store in Las Vegas she found that ‘something’ in 21-yr-old Sierra Kuntz. While a normal and moral person would say that’s cheating, I guess Mrs. Kaiser thought her husband would be approving. She went on some secret dates with Sierra but decided to bring her into the family.

Sure enough (and not surprisingly) her husband allowed the relationship outside of the marriage probably because he was included as well. Sierra quickly became the girlfriend to both Mr. and Mrs. Kaiser as she joined in the marriage of the two. Any person with a moral conscience would be cringing at the thought of the depths of how wrong this relationship is. But not the Kaiser’s, as a matter of fact they are planning on getting a divorce and they’re not getting a divorce for any of the reasons you would typically think. The Kaisers and their three kids are actually quite happy together. They want to open the door for Sierra to marry one of them.

The young millennial, Sierra said: ‘At first I was very hesitant about getting involved with a married couple.
‘I was worried that I would be disposable and that this was a phase they were going through. But when I spent time with them I realized what they wanted and feel this was a situation I could work with, so I jumped on board.’

THIS may just become the new normal because there are more and more people turning away from what is considered purity and security in their traditional relationship for something more low down dirty and ‘exciting’. The Kaiser’s aren’t even opting to include Sierra into their marriage but instead leave one of them completely unprotected and divorced. I’m not sure why they’re not going to try the unknown route of plural marriage other than this route seeming more easy despite the risk. It is very important to the Kaisers that Sierra have legal rights to their children.

Being a legal assistant, Mr. Kaiser should see the possible pitfalls in this plan but he says: ‘Cristina and I decided this was something that needed to be done in order for Sierra to understand the depth of how much we love her and want her to be part of our family. The benefits of one of us marrying her are going to be on many different levels. She is going to be legally considered a parent to the children and, more importantly, it will show her that this is not a temporary thing.We both love her and it’s something that’s meant to be permanent.’

So there you have it… something that I thought was the strangest idea when my friend told me about her plans to bring in a really young girl into her long term relationship turns out to not be a unique idea. It’s the thing that people do who are bored, unfulfilled and without God in their lives. Strange strange strange… good luck to the children.

You know the saying, ‘you can tell a book by it’s cover’? This situation is very telling about this trio’s belief system. In John Hawkins’ New book ‘101 Things All Young Adults Should Know’, he teaches in chapter 17 of the book ‘ If you want to know what a person really believes, watch their actions’.