No Whites Allowed! Obama allegedly held jobs for Muslims only

Obama, you have some explaining to do! Turns out that a leaked email from a member of President Barack Obama’s White House transition team in 2008 has hit the Internet. The email very clearly gives a few instructions on the hiring process that may seem, how to put it…racist?[1] So, according to this email, if you are white, you are not diverse enough for the Obama administration.

The email was sent from one Michael Froman, straight to Obama back in 2010. Froman actually worked for Citigroup and was serving as a member of Obama’s transitional team. WikiLeaks, as usual, are the ones responsible for the hack release. The email itself had the subject line “Diversity” in the title.

In that email, Froman wrote: “Barack — Following up on your conversations with John over the weekend, attached are two documents: — A list of African American, Latino and Asian American candidates, divided between Cabinet/Deputy and Under/Assistant/Deputy Assistant Secretary levels, as well as lists of senior Native Americans, Arab/Muslim Americans and Disabled Americans. We have longer lists, but these are candidates whose names have been recommended by a number of sources for senior level jobs in a potential Administration.”

The following is a type of key used in the hiring process. Can you guess what exactly was missing? 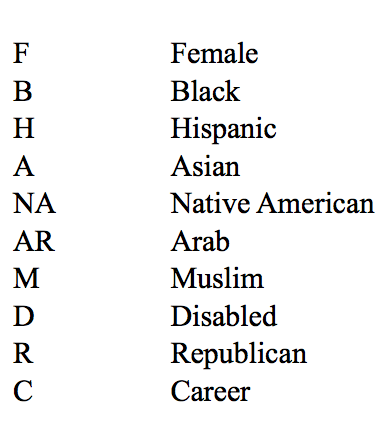 The words “white” and “male” were clearly absent from the form. Race is an issue, but only because it is being used as a political tool for the Democrats. 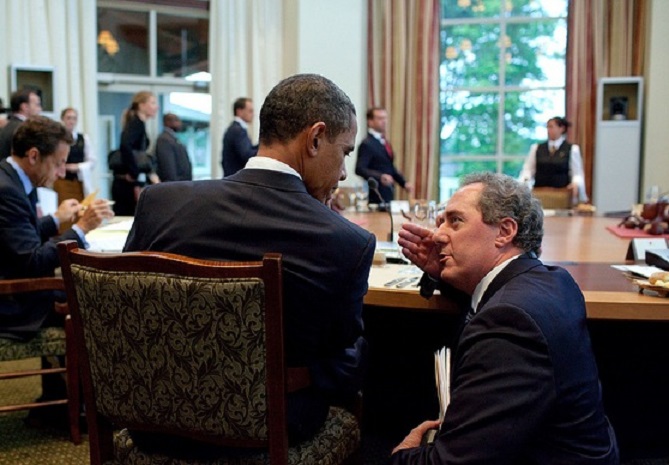 Further in the email, Froman continued, “A list of women, similarly divided between candidates for Cabinet/Deputy and other senior level positions.”

It had been previously reported by The Daily Caller that there existed documents that were provided by hacker Guccifer 2.0 which revealed the Obama transition team in October 2015 labeling political appointees by race and gender. Essentially, segregation was a tool in deciding who would be hired to take up roles for the administration. Notice that there was no mention of ‘White’, or ‘Caucasian’ anywhere.

Is this just a coincidence? I think not.