In this video the guy calls George Washington and Christopher Columbus ‘genocidal terrorists’[1]. The public education system stopped teaching real history years ago and THIS is how America is paying for dumbing down the children of America… the re-writing of history. 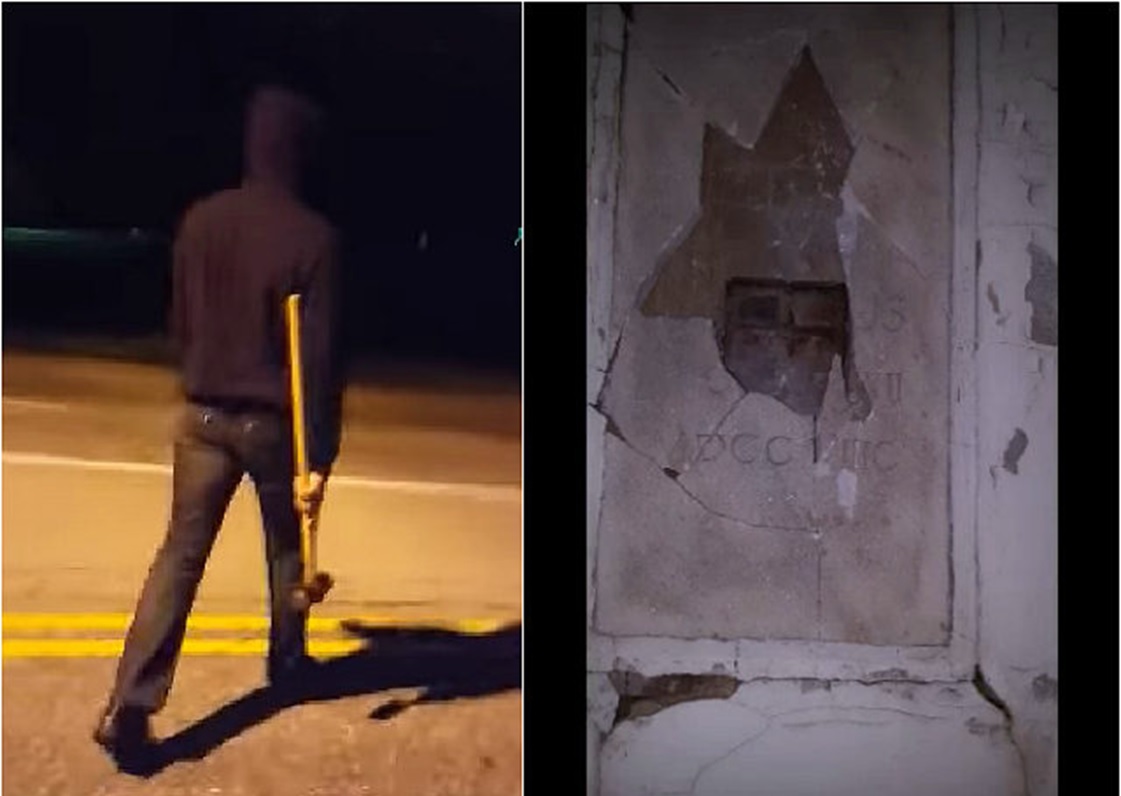 The video had less than 80,000 views with a couple hundred thumbs up and a few thousand thumbs down. Demostrating that the majority of Americans disagree with this tiny minority of protesters who are taking sledgehammers to monuments across the nation. The vandal in this video shows Baltimore’s 225-year-old Christopher Columbus statue being severely vandalized. Destroying the relics from your past do not erase your past but instead destroy a history that is important to learn from. Any statue that is a quarter of a century old is linked to EVERY American citizen as it is a part of all our past.

In the video you see an individual approaching the monument while wearing a hoodie. WHY WEAR A HOODIE? If you are trying to make a statement, why make it under a hidden cover? If making the statement while putting up a sign saying, “The Future is Racial and Economic Justice” is so important wouldn’t you want to CLAIM your moment and be proud of it? Lawbreakers wear masks and the individual taping the sign to the monument before grabbing a sledgehammer, beating a hole in the monument with a sign beside him saying, “Racism Tear it Down” is a criminal.

In the script he says that:
Christopher Columbus symbolizes the initial invasion of European capitalism into the Western Hemisphere. Columbus initiated a centuries-old wave of terrorism, murder, genocide, rape, slavery, ecological degradation and capitalist exploitation of labor in the Americas. That Columbian wave of destruction continues on the backs of Indigenous, African-American and brown people.

Racist monuments to slave owners and murderers have always bothered me. Baltimore’s poverty is concentrated in African-American households, and these statues are just an extra slap in the face. They were built in the 20th century in response to a movement for African Americans’ human dignity. What kind of a culture goes to such lengths to build such hate-filled monuments? What kind of a culture clings to those monuments in 2017?

So a guy vandalizes the oldest monument in America because he believes Christopher Columbus is a symbol of white supremacy. Watch this video and comment below to tell us your opinion: