While most of the country remains understandably frightened about the dangers posed by radical Islam, President Obama continually shrugs-off the danger and often even omits mentions of the fundamentalist theology that spurs the violence. Now, according to a WND report[1], America’s NSA chief is claiming that ISIS’ message is resonating with American Muslims. 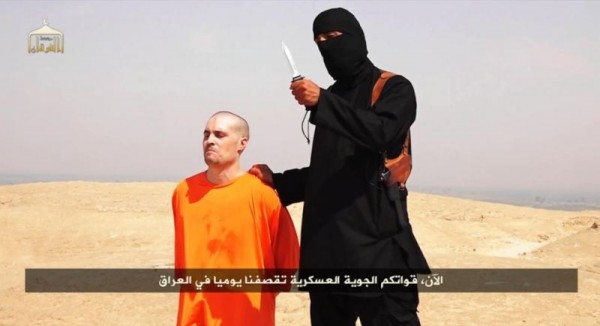 The article did not say what type of Americans were responding to the ISIS recruitment pitches. Nor did the article’s author ask Rogers to explain how or why ISIS is able to attract so many followers among American Muslims.

Rogers’ admission that ISIS is offering a popular theology that “resonates” doesn’t square with repeated comments by President Obama that ISIS offers a warped version of Islam that the overwhelming majority of Muslims find repugnant. In fact, Obama said, ISIS’s brand of religious fanaticism isn’t Islamic at all.

Rogers also told CNN that the NSA struggles to find a balance between privacy and national security. Some see this as bowing to political correctness by not singling out Muslims for closer scrutiny when the overwhelming majority of terror attacks are carried out by Muslims worldwide.

Analysts say Rogers comments are shocking in their level of naivety.

“The refusal of senior U.S. national security leadership to know and confront the Islamic jihad enemy is nothing less than dereliction of duty,” said Clare Lopez, a Middle East specialist who serves as vice president for research and analysis for the Center for Security Policy in Washington. “When NSA Director Adm. Mike Rogers raised his right hand and took the oath of office, he pledged to defend the Constitution against ‘all enemies, foreign & domestic.’ By his statements here, he demonstrates that he has no clue who the enemy even is.”

The truth is that the ISIS message resonates with Muslims because it zeroes in on a core value of the Quran, Lopez said. And that is spreading the faith through jihad.

“The reason the Islamic State’s call to jihad resonates with U.S. Muslims is that it represents the hopes and dreams of hundreds of millions of Muslims across the world who, for the first time since 1924, are now inspired that a Caliphate has been re-established,” she said in an email to WND. “As a result, we are seeing tens of thousands of devout Muslims answering the call to jihad and making the hijra (migration) to Middle East battlefields. That is because Muslims everywhere understand that the Islamic State is the purest expression of authoritative, mainstream, orthodox Islam in the world today and that it fights to establish the rule of Islamic Law — and they want to be a part of it.”

Reports by European media put the number of Muslims who have left that continent to join ISIS at no less than 6,000 and as high as 10,000.

In the U.S., the FBI has said it has active investigations of ISIS sympathizers in all 50 states. How many have actually left the U.S. to join the terrorist organization is unknown but that number is thought to be at least 1,000. Lopez says those who decide to stay in their American homes could actually be more dangerous to the U.S. than those who leave.

“The most direct danger to the U.S. is that, living among us are thousands of Muslims who may be susceptible to the Islamic State’s call to jihad. There is simply no way to know which of them might decide to take their Muslim faith to the next level and embark on the pathway to jihad, whether by traveling abroad to join the fight or by deciding to engage in individual jihad attacks here at home,” said the woman whose analytical acumen was honed by 20 years as a CIA field operative.

Lopez said American Muslims are radicalized not only online but in mosques and on university campuses.

“Given the extensive influence of the Muslim Brotherhood within the top levels of the U.S. government, in academia, the media, and in U.S. mosques and Islamic centers (like the Islamic Community Center of Phoenix, where the two Garland, Texas, gunmen were indoctrinated), the threat is a grave and growing one.”

Folks, our world is getting more and more dangerous and President Obama is playing the violin as Rome burns.