I can’t even with this.  The Mayor of New York City might be “forced”[1] to take financial aide because of how expensive it is to send two kids to college.  Yes, that mayor.  Yes, that New York City. 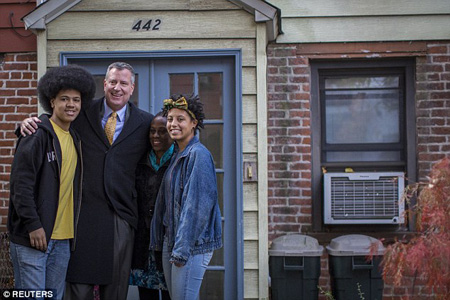 Despite his six figure salary as mayor and six figure rental income from the two properties he and his wife own in Brooklyn, de Blasio is now expected to turn to financial aid to help pay for his son’s elite education.

‘There’s going to be a big challenge in figuring out financial aid and visits and all sorts of stuff,’ said Mr. de Blasio to the New York Times last week.

But while Dante’s choice of college is obviously a private matter, how his parents – as champions of the underprivileged – will fund it, is obviously of public interest.

Indeed, the almost prohibitive cost of college for some in the United States is often pointed to as a failing of Democratic politicians and their policies.

There is a kid on Long Island who just got accepted into EIGHT Ivy league schools whose parents a) probably don’t make six figures, b) probably don’t bring in an additional six figures a month in property rental, and c) are not the Mayor of New York City.  Financial aid is supposed to be to help students like that and parents like his.  Not the over privileged like Bill de Blasio.