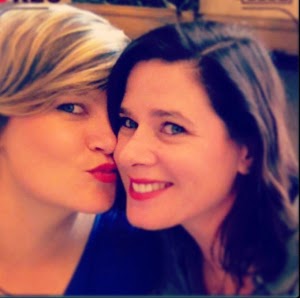 I think this case poses an interesting question. A taxi cab is a business on wheels. So isn’t Mohammed Dahbi allowed to operate such a business in keeping with his Muslim faith that views homosexuality as an abomination?

Now he’s the one getting the kiss-off.

A cabby who claimed he had a “no-kissing policy” in his yellow taxi was hit with $15,000 in fines for ordering two female passengers to stop smooching — and then shouting vulgar epithets at them when they got out.

TV producer Christina Spitzer and her actress girlfriend, Kassie Thornton, said they barely exchanged a peck in the back seat early into their ride when hack Mohammed Dahbi became ­enraged.

“Keep that for the bedroom or get out of the cab,” Dahbi shouted during the trip from Columbus Circle to Brooklyn’s Sunset Park.

Unnerved, the couple said they got out of the cab in Chelsea, confronted Dahbi about his comment, then got into a fight about paying the fare.

That’s when he called them “bitches,” “c- -ts” and “whores,” ­according to official documents.

At a hearing last month, Dahbi told an unsympathetic administrative-law judge that Spitzer and Thornton were doing more than just G-rated canoodling.

If this were a Christian cabby, in which there are virtually none left in NYC, the corrupt media would have slammed the driver. But, since this involves a Muslin, Libs must be torn over it.