Obama 2.0: Hillary Clinton says Obama’s immigration orders are ‘just the beginning’ and promises ‘to go even further’ if she’s president 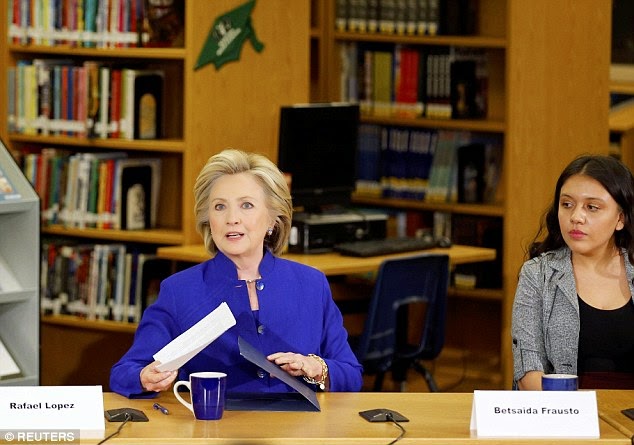 No doubt Hillary[1] wants to ensure Democrats always have a fresh supply of new voters that comprise the permanent underclass they need to maintain power.

Daily Mail[2] reports Hillary Rodham Clinton threw down the immigration gauntlet on Tuesday and pledged that she would extend President Barack Obama’s executive orders past their current boundaries if she were to succeed him in the White House.

‘I will fight for comprehensive immigration reform and a path to citizenship,’ she told a Las Vegas roundtable of illegal immigrant high school students, including one who said he was transgender and another who identified herself as a lesbian.

In addition to the ‘DREAMers’ Obama has protected from deportation – those brought to the U.S. as minors – Clinton said she wants the program extended to grant a legal amnesty to the parents as well.

‘I want to do everything we can to defend the president’s executive orders,’ she said, adding separately that ‘as president I would do everything possible under the law to go even further.’